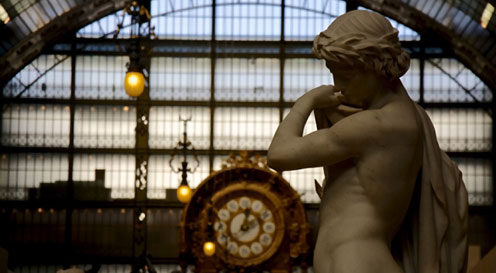 the mojo of d’orsay

The famous art museum, as abbreviated to M’O by the natives, is one of the top 10 most visited art museums in the world with well-over 3 million visitors a year. If you think it reminds you of a train terminal you are not wrong. The cutting-edge art museum is housed in the former railway station Gare d’Orsay not all that far away from the Louvre.

The museum has an impressive temporary exhibition calendar with contemporary art. Its permanent collection encompasses 2000+ paintings, 600 sculptures. It is quite strong in French art around the 1848 and up to the unset of WW1. If you are into art movements pointillism, impressionism, fauvism and post impressionism, it is the place to go because it is the largest of its kind in the World. You find all the heavy weights in abundance: Georges Seurat, Pierre-Aguste Renoir, Claude Monet, Édouard Manet, Paul Gauguin, Paul Cézanne and Henri Matisse.

marvel in all the past rejects

It is in essence all the scruffy fringe stuff that the established academy art did not want at the time, and which ironically many of us now consider the major liberation of art into what it is today. Given the cultural significance of the collection, chances are that your art teacher either had cleared copyright with the museum to show you some of her slides or liberated the photos from somewhere else.

Emigré artists from the period are not left out from the collection. E.g. The museum owns one of the most important of van Gogh’s self portraits. If you get the impression that it is all paintings, then think again. You can look at 3d work by Edgar Degas, and Auguste Rodin is well represented as well with works such as the Gates of Hell.

the relentless search for perfection

The art space is constantly reinventing itself under different intriguing headlines such as Nouvel Orsay. Either way, it has undergone rethought and refurbishments to what it increasingly calls Musées d’Orsay & l’Orangerie. Note the plural to signify the the fact that the addition of Musée Hébert at rue du Cherche-midi, and to emphasise the connection to Musée de l’Orangerie. The latter houses important works of Modigliani and the Hall of lilies (salles des Nymphéas) dedicated to the works of Monet amongst other things.

In line with with other innovative museums in Europe, the core of the organisation reaches out to all of us with a busy calendar of events including Symposia, auditorium concerts, cinemas and shows. The official website demonstrates a rigorous academic research into the provenance and wider history of the works in the collection. Finally, There are classes and lectures one can attend to delve a little deeper into art.

Related to this gradual modernisation, and as part of upping the ante, you can count the rejuvenation of the logo. The M’O logo is result of new typography. It is designed in keeping with the age of the works of the collections, and at the same time provide a more modern and legible slab serif. With Philippe Millot, Thomas Huot-Marchand completed the new addition to the corporate identity in 2010. Another example on a younger M’O is the adoption of technology. The museum has a high-tech collaboration with Google that in turn is part of the Art project, as well as its very own mobile app that works with QR codes.

History and weird chance events that led to the art museum

Musée d’Orsay opened in December 1986 in a train station that was decommissioned in 1939. The platforms then proved too short to be practical for modern trains. The beautiful station at the right bank of the Seine river is otherwise an architectural feat that was completed on a very tight deadline to serve the 1900 international world show expo. The Musée d’Orsay station clock, in the Main Hall was designed by Victor Laloux one of the original architects and is ‘at risk’ of becoming the most photographed object to signify the entire art space itself.

The building had – and still has – an abundance of space, and was finally appropriated to art display very much like the Bankside Power station was turned into our dear Tate Modern in London. Musée d’Orsay is monumental in scale with 20,000 square meters of floorspace on four floors, though of course modest in comparison to Louvre.

In 1970, permission was otherwise granted to demolish the d’Orsay station. However Jacques Duhamel, Minister for Cultural Affairs, ruled against the decision and listed the building for conservation. 8 years later, the Directorate of Museums of France proposed turning the venue into a museum to would bridge the perceived gap between the Louvre and the Georges Pompidou Centre. Before the inauguration in 1986, the collection conveniently adopted works from nearby Galerie nationale du Jeu de Paume. François Mitterrand,the French then president, opened the Museum to the public.

The easiest way to access the museum for the most part is via the Metro underground via Solférino, or by RER line C direct to station Muée d’Orsay. Alternatively, alight a one of the following buses 24, 63,68,69, 73 or 94. If you insist on going by car, you are sometimes lucky to find a spot to park behind the buildings at Rue de Lille. For those of you inconvenienced by reduced mobility, a taxi might offer the most comfort and convenience. Note that the museum has ramps for wheel chair access, automatic doors and lifts making the experience of negotiating levels more a pleasure than a pain.

One of the things many would-be-visitors ask themselves is whether there are long queues. The answer is that there may be for certain popular events and at other peaks, but you can avoid that by reserving your ticket in advance. If you do it comes with the added benefit of giving you access via the dedicated Entrance C. You can purchase 1 of to passports. One admits you to Musée d’Orsay /Musée de l’Orangerie; and the other to Musée d’Orsay – Musée Rodin.

As a group you can arrange for a guide at the museum. As individuals or groups you can also rent audio guides at the reasonable rates of €5 (€4 with consessions). These audio tours are available in Chinese, French, English, German, Italian, Japanese, Portuguese, Spanish, and Russian.

Other than than the museum has all the amenities one could want such as baby changing facilities, toilets, loan of pushchairs and wheel chairs or hire of extra storage.

You can find out more by visiting www.musee-orsay.fr

All week except Mondays 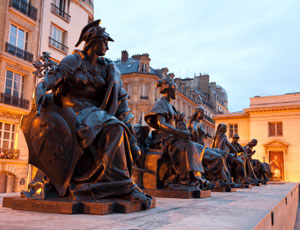 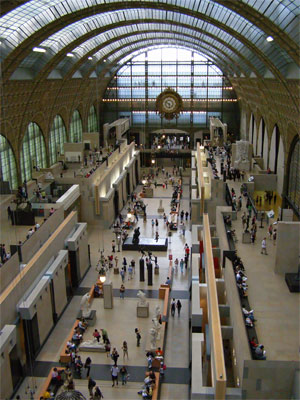 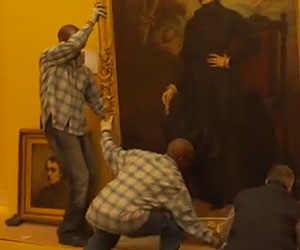