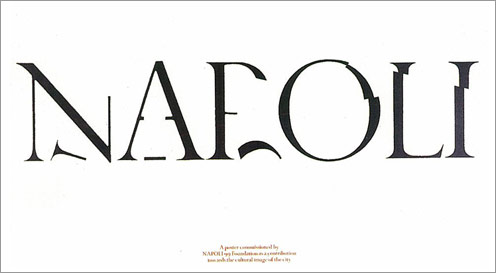 Napoli is the local Italian name for the city Naples. Exactly 30 years ago, the British designer Alan Fletcher (1931 – 2006) designed a remarkable poster with that exact name as commissioned by the Napoli 99 Foundation.

It has since then become the canonical of creativity in design school curricula. It is respected in the design community as an example of how to bring a subtle point across with beautiful simplicity – all without a block-buster budget for photography and other gimmicks.

Naples has a rich cultural heritage to guard going all the way back to antiquity. Air pollution and limited funds are both making the efforts a David against Goliath fight. As a consequence the art and architecture suffers locally.

To raise awareness of the challenges ahead, the authorities in Naples commissioned the design of the poster for the conservation of the city’s cultural heritage in 1984.

Typographically, the poster is using seriffed majuscules similar to those the Roman empire would chisel into monuments such as the Trajan columns. In Fletcher’s design however, bits are deliberately dropping off suggesting the decay and irreversible damage.

The legacy of the quality design is perhaps greater than the actual political impact intended for art conservation at the time. On a more positive note, more money has since then been dedicated to scientific investigations into damages of air pollutants to indoor and outdoor materials. Here funds are allocated into finding the sources of dust and chemicals that are soiling of museum inventory and architecture. In fact a whole new scientific field has emerged called ‘environmental and heritage chemistry’. 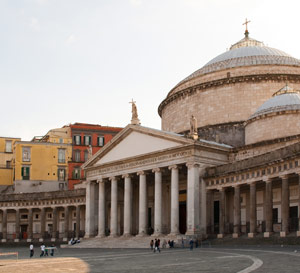 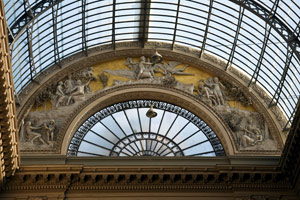 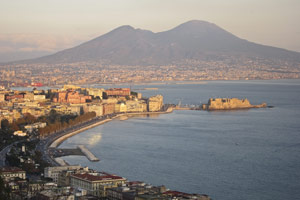