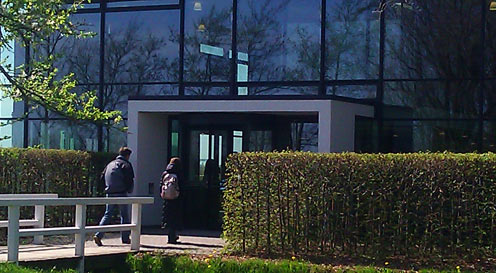 the must-see destination for nolde enthusiasts

Nolde Stiftung roughly translates into the Nolde Foundation, and its permanent exhibition is autobiographical for the life and work of Emil Nolde.

The foundation is spread over two locations. One, which is the focus of this article, is ‘Seebüll’ and is situated near Neukirchen. It holds a good collection of art in the house and studio where the artist lived and worked towards the end of his career.

The other location ‘Die Dependance’ in Berlin, opened in 2007. It is also known as Nolde Museum Berlin. You don’t have to search long for good reasons as to why both locations are apt choices. Berlin clearly helps gain access to visitors. Berlin is also where Nolde and his late wife Ada resided several winters because of Ada’s semi-seasonal work as an actress. In addition, Berlin (Like Hamburg) is a place where the artist sold works to local collectors, and finally Mies van der Rohe and Emil Nolde considered building a house together in the city. Either way, Berlin is outside the scope of this page, and you can read more about the venue at the official website.

Visiting Nolde Stiftung Seebüll offers a unique opportunity to see much of the work in the studio and house where it was actually produced. The house which Nolde erected is situated in the epic North German scenery not far from where the artist grew up. The landscape is tranquil and enigmatic in all its flat and rugged charm. It is not a stretch of imagination to think that an artist would thrive here.

While the artist travelled widely, it would appear that it was important always to return to his beloved home turf to function as an artist. It goes some way to explain why Nolde wanted his art to be shown at Seebüll posthumously, and why it is situated in the middle of ‘everywhere’.

When you arrive, you first enter the visitor centre, which is inside some welcoming modern architecture. Then you are being greeted by the reception staff at the desk. Behind the reception you see the shop where you can obtain limited art prints, books and all things Nolde-ish. If you’ve seen a few museum shops, you’d delight in the fact that it is all in very good taste. In fact you can obtain books here that offer you valuable insight to the artist, written by the artist himself, and not easy to find elsewhere. E.g Nolde’s correspondence Lettres 1894-1926, and the autobiography Mein Leben.

By the stairs is a cloakroom, toilets and lockers for your convenience.
Situated to the left, there is a restaurant that we could not recommend enough. It is run by Thomas Friess, Chef de Cuisine, and staff. As a little aside, the restaurant is committed to a local scheme which provides physically and sensory disabled persons with a formal and accredited education in restaurant and hotel management.

On the first floor of the visitor centre you encounter a potted history of the artist’s life. The chronology is laid out in a sensible and comprehensible wall displays in German and Danish. Approximately Every two hours there are shows of a documentary produced by Wilfried Hauke. Altogether it is one of the best introductions to Emil Nolde before seeing the Nolde House where many of the artist’s works are on show.

On your way to the house you will notice the garden, as was designed by Nolde and then kept by a gardener. In all modesty, it is not exactly Sissinghurst or Heligan in scale or horticultural grandeur. However, it is a pleasant experience just the same.

At the entrance you see some of the artist’s living quarters, and up the first flight of stairs you see many of the best oil paintings produced by Nolde. In adjoining rooms you see more of the watercolours and prints. Once down another set of flights you enter the former studio, which amongst other things exhibits a large triptych on the life of Christ.

The house contextualises the art remarkably. However, by virtue of it being the late artist’s former habitat, access for the physically disabled is an issue.

Given the right amount of funding and planning permission, time will tell whether ‘accessibility’ is being addressed. Either this could:
1) result in more exhibition space at the estate
2) or with some ‘reversible architecture’ to the house itself, it could be an unobtrusive glass elevator erected outside and up a wall.

The latter is a solution favoured for grade A protection-listed buildings elsewhere.

The first option might be more justified, given the fact that the Nolde foundation is never short of art to show. Presently, it cannot display all of their collection at once. Every year the Nolde Foundation Seebüll shows a complete new exhibition with works from its collection. There are still some works which have never been shown, or have not been on display for a very long time. In other words, you have a good excuse for returning once a year.

Our speculations on expansion aside, it might come down to funding rather than desirable outcomes. Good news is, that the venue is growing in popularity and recently welcomed their 4-millionth visitor. While we might think of the place as the best kept secret of North Germany, it receives visitors from many nations — not least from Scandinavia where Nolde is an exceptionally popular artist.

The work of the foundation

Like most good art venues, the foundation performs the important job of reaching out to the wider community and binding it together with its own cultural heritage. It runs a painting school for children and grown ups, arranges guided tours, offers overnight stays and co-operates with Tondern Art Museum in Denmark.

Other than allowing us to see Nolde’s art in context, the foundation acts as guardian angel for the artist’s legacy. Nolde Stiftung perform the invaluable task of maintaining accurate records and preserving the works of art. In so doing, they are an authority on attribution and provenance. Moreover, the staff is helpful with any reproduction and copyright enquiries you might have.They are also behind the hard grafting and administration associated with lending works to other museums for temporary exhibitions.

Introduction to the artist Emil Nolde

Emil Nolde (born Hansen) adopted the name Nolde from his birthplace, a village in what is now Denmark. The artist spent most of his life in Germany and his works have gone down in history as significant contributions to German expressionism and early modernism. He was largely self-taught and did not subscribe to any direction in art per se.

Between 1906-1907 the artist was part of a group of German expressionists called ‘Die Brücke’, the bridge, and of the Berlin Secession between 1908-1910. In 1912 he exhibited once with Kandinsky’s Der Blaue Reiter Group.

It would be an understatement to say that Nolde was a prolific artist. In his lifetime Nolde produced thousands of works of art – many of which are lining the walls of museums around the world. He also found supportive patrons such as Gustav Schiefler, Rosa Schapire, Karl Ernst Osthaus, and Hans Fehr.

He was no less productive in a sad period when he was forbidden to work. The Nazis condemned his work and branded it degenerate. Art was confiscated and burned or put on a show in Munich to exemplify to the public how degenerate exactly the art was. The result was a large body of work known as the ‘unpainted pictures’ all produced in secrecy. Many of these happen to be small to medium-sized water colours, because it was easier to hide from habitual checks from the Gestapo.

When many of us come across Nolde, we might then first consider him a watercolourist who produced expressive works in vivid colours. However, he is equally known for oil paintings, etchings, woodcuts, and drawings. His way of applying colours were very unique to him. For instance, vibrant reds and oranges sometimes appear next to more somber tertiary colours evoking a sense of luminescence. He also had a fondness for beetroot colour.

Thematically, Nolde applied an equally broad palette. He explored the windswept landscapes and low horizons in the neighbouring marshlands, as well as floral motifs. In addition, he was not shy of examining existential issues, Berlin nightlife, religious motifs, and in an 8-year period of extensive travels he also covered foreign cultures.

In the formative years, art was only a pastime for Nolde. It was partly dictated by limited means, and a childhood in very rural settings where the expectation was that you would become a farmer like all generations before. Nolde first trained as a woodcarver and furniture maker in Flensburg, and then went on to take private classes in fine art. The latter helped him gain access to the School of Applied Arts in Karlsruhe. He was 31 before he decided to pursue an independent career in fine art. In the greater scheme of things, the somewhat late start is more than made up by nearly six decades of work that followed. Nolde died on 13 April 1956 at the age of 88. 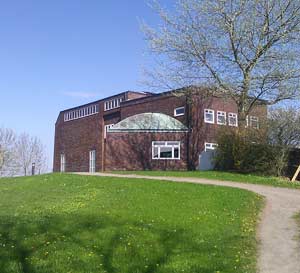 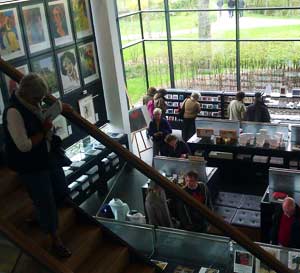 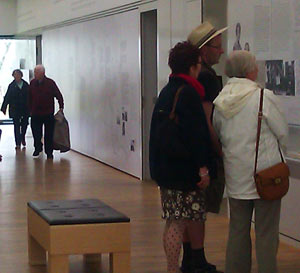