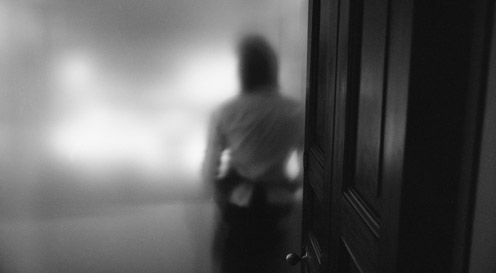 Paul Cooklin lives and works in Suffolk, UK. He is behind a body of work in black and white as well as colour C-type print that has won him acclaim. To give you some examples, his photography can be found at Saatchi Online gallery and it has featured in many publications including Vogue Italy and Time Magazine. Recently he has also been singled out by Contemporary Art Association as someone who collectors ought to watch.

Collectibility aside, there is something rather arresting about his gentle, refined signature style. At closer inspection, the works are no compositional slaves to thirds. They do not just hunt for the focal point and a fast read, although the one-eyed lens lends itself remarkably well to that. Further, you have a strong sense of the photos capturing fleeting moments never to return. Defining what it is exactly, proves as hard as nailing jelly to the wall. But something Cooklin says about his work speaks volumes:

– I’m not necessarily interested in ‘reality’ per se, by that I mean I’m not trying to recreate ‘the truth’ in a journalistic sense or a faithful rendition of a scene, but I hope my images look genuine and honest.

In the ideal world, Paul Cooklin would like to travel more, do less admin and marketing in favour of photographing more. Maybe that comes in the fulness of time because it is possible to slowly but surely change life creatively. Speaking of which, artists are rarely just creative at one thing in isolation, and Paul is as good a proof of that as any. He served a longer stint as creative director in Hong Kong and felt it was time to return to the UK and do something entirely different. To make a living, he became a supplier of digital art to image libraries. Around the same time, Paul’s dad gave him his Bronica ETRS medium format film camera. It sat around gathering dust. However, when Paul’s son, Rafe, was born, he could not resist taking a few snaps using the anachronistic toy. By his own admission, most of the shots were out of focus; and yet there was something about receiving the prints from the developers that was priceless. The rest is history as they say.

To some people this journey towards the analogue might seem counter-intuitive, but to Cooklin at least, it soon became a personal quest for excellence and not Luditte nostalgia. Having gained a certain affinity with both the digital and the analogue world, Cooklin felt that the digital had some shortcomings. Consequently, he opted for film and prints and decided to master both. It were media which achieved a tonality in the grain of silver gelatin that simply could not be whipped up in Photoshop. There was also a certain magic about enlarging and developing a photo in a dark room that set him free as an artist. Arguably it meant more work, a higher margin of error, but the results contained more of that unadulterated honesty referred to earlier.

Cooklin has since then developed very clear ideas of what he wants through systematic trials. In retrospect, he has alternated between medium format and 35mm film. He has also worked with a fair amount of gear to test their strengths and weaknesses. Recently and radically, he sold both his Hasselblad and Mamiya 6 in favour of a much smaller outfit: a Leica M6 and the 35mm Summicron and Canon FD lenses to go with a Canon A1 body. On principle he prefers doing most of the cropping in the shot itself, and when it comes to black and white photography, he has chosen to develop both film and prints in the darkroom himself rather than sending either to labs. Much could be said about such self-imposed constraints. But they are no enemy of creativity. On the contrary, the painter Piet Mondrian discovered that a limited palette could not only create a visual vocabulary but also a whole abstract universe of infinite possibilities. 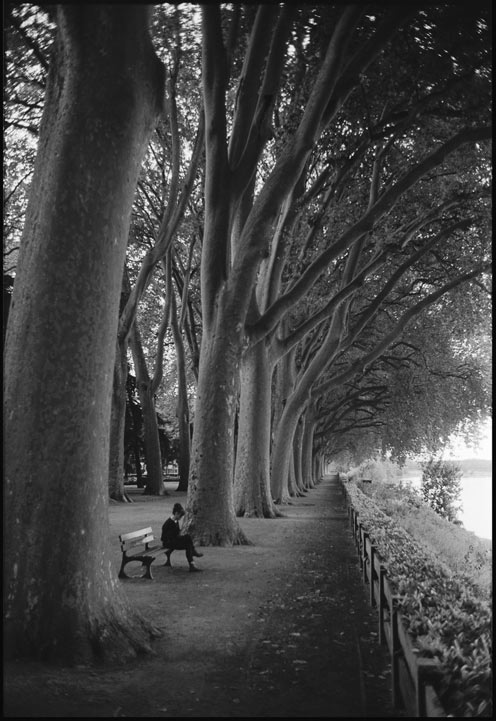 You can find out more about Paul Cooklin and his work by visiting his official website.

Image credits
© Images by courtesy of the artist Paul Cooklin, all rights reserved. 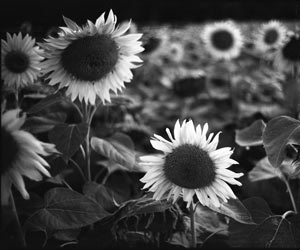 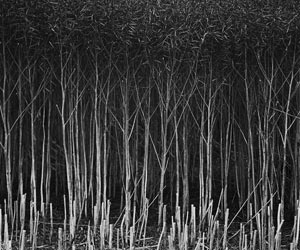 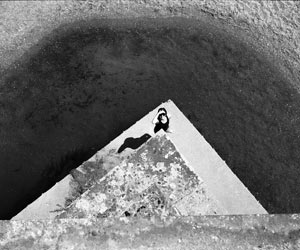