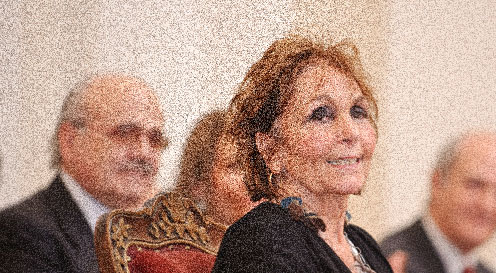 It is as if she is a purveyor of discomfort

Paula Rego has undertaken commissioned portrait work, and has famously painted former Portuguese president Jorge Fernando Branco de Sampaio as well as Germaine Greer. Those works of art are not only exceptionally good, but also commissioned late in Rego’s career and undoubtedly a direct result of first having gained recognition as an artist.

Yet, prior to this, Rego has been better known for a full body of impressive work which deals with entirely different subject matters. In many years Rego explored female sexuality, pain and anguish. She built up rather layered compositions of ambivalent narratives which often created an undercurrent of discomfort in the beholder.

There is something about it which appears hauntingly incestuous

Take for instance the 1988 painting ‘The Family’, and there is something about it which appears hauntingly incestuous. At second glance, the father is being attacked. Is the on-watching girl at window detached from what’s taking place or is she the very reason that the mother and the other girl is man-handling the father? The girl at the front could appear disturbingly sexual in her approach. The sister at the window has a knowing look on her face and draws a very long ominous shadow. Then you notice St John slaying a dragon in the background and wonder if it is to denote that the father will share fate with the dragon.

Powerful ways to convey the message

Paula Rego paints with acrylic and draws with pastels on paper and canvas. She sometimes heightens the expression by shortening and distorting the limps of the characters very much the same way Egon Schiele once did. She gives the figures contorted faces and direct gazes that are hard for you to escape. Moreover, she applies dated Portuguese clothing to some of her work.

The professional journey of the Anglo-Portuguese artist

Rego’s earlier work of the 60s was socio-political and dealt with suppression under the Salazar regime Estado Novo. Born in Lisbon in 1935 and growing up under the dictatorship, the expression of the human condition came with the territory whether she really wanted it or not.

Later she painted the family series. In the 90s Rego created a series of pastels including a woman on her hands and knees posing as suppressed underdog (cf Dog Woman from 1994).

It appears to focus on a male subject over a female. To be precise pure physical male evil and props for torture are evident. But then you notice the woman in the background and instantly knows she is his victim. Even in this picture, Rego has added a touch of ambivalent contrast. Notice, for instance, the large flower to the right in the pastel drawing. In essence this is her hallmark. Her work draws you in screaming, kicking, and reluctantly. But in you go, and you can no longer stay indifferent to it.

Paula Rego has lived with her family in London since 1976 where she has become a celebrated artist. In 1989, Rego entered the shortlist for the Turner Prize. later she was awarded the Degree of Doctor of Letters by Oxford University followed by Lisbon University. Rego received the title Dame Commander of the Order of the British Empire by Queen Elisabeth II in her 2010 Birthday Honours. In 1999 a museum was built in Cascais near Lisbon dedicated to display her retrospective collection of art. 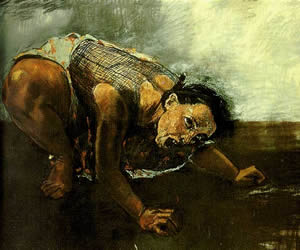 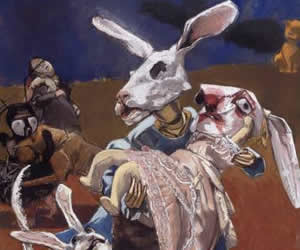 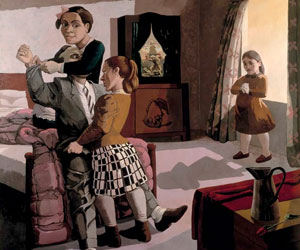 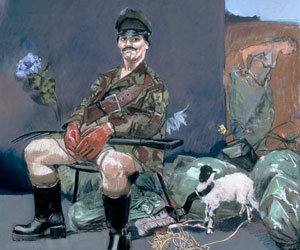