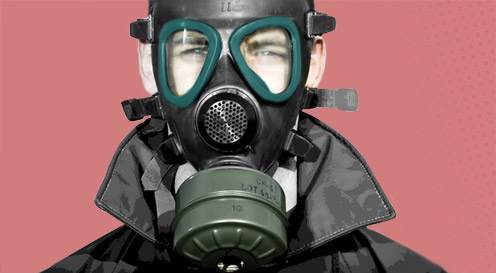 According to some, Pop Art is dead and with anything dead, it is no good digging it up once a day to check if it has a pulse.

However, rather than smelling of decay, there is still a whiff of Campbell’s soup lingering on to this day; and that’s exactly why it might be worth digging Pop Art. In fact, it might be a little difficult to understand the contemporary art world if this popsy-flopsy stuff keeps escaping our attention.

The influence of the pop art movement should not be underestimated. It is the precursor to the much debated post-modernism, and it has revolutionised the way that galleries and auction houses see fast conceptual art as a commodity appreciating in value. Further, it has paved the way for generations of artist to follow. Take for instance YBA and The factory-made Kitsch art of Jeff Koons and the Superflat of Takashi Murakami. None of that good work may have succeeded without Pop art being a preamble to their own age.

Pop(ular) art emerged in the mid-1950s in the UK and in the late 1950s in the US. Though if you consider Jasper Johns a pioneer in Pop art — like we do (cf American Flag of 1954), then Pop art probably emerged independently on both sides of the atlantic simultaneously. In the Colonies (the US) the term is said to have been coined by Derek Alloway in 1958, and in the UK it is argued that John McHale invented the term in 1954. The attribution remains a little shaky and ironic when you realise that pop art is an import from Italy much the same way as Seattle Coffee culture is.

Indeed, the Italian artist Eduardo Paolozzi produced a Rich Man’s Plaything (1947), and increasingly art historians now see the work as the real standard bearer of “pop art”. What’s even more interesting is that the work displays the word “pop”. Paolozzi showed the collage in 1952 in a presentation in London that influenced a few artists. In Italy that special way to view art continued and became known as Arte Povera in the 60s with the key figures Boeti, Pistoletto and Paolini. In Britain at least, the first piece of pop art was a Richard Hamilton collage with the long-winded title ‘Just What is It That makes Today’s Homes So Different, So Appealing’.

Where Pop art really came from

Undoubtedly, much of the resultant art of the movement is now considered a continuum of Duchampian ready-mades and DaDa thinking from the first half of the century e.g. by the use of found objects and the notion that anything is art as long as either the artist or the viewer considers it art. But Pop art was different in the way it challenged traditions of fine art.

First of all it did not have much of a filter in that it embraced imagery from popular culture. For instance, Pop borrowed copious amounts of contemporary advertising, news and comics. It took in company logos and appropriated anything from the public domain into art. As pop art matured it also began to celebrate repetition as a means to an end in itself. Consider here, for instance Andy Warhol’s Brillo boxes, Elvises or Marilyns.

Secondly, material was sometimes removed from its known visual context and synthesised with unrelated imagery from mass-communication. In terms of works of art, Pop may then not be regarded as one cohesive art movement at all. Some would even argue that the concept of Pop art never referred as much to the art itself as to the thinking that led to it.

Inside or outside the pop art gold fish bowl

Pop art soon spread fast internationally amongst artist. As for the aforementioned origins of pop art in North America and Great Britain there is one big irony in their different developments.

Whereas both can be said to have held a mirror up to society in a non-elitist accessible way, they were at odds.

The Brits such as Hamilton looked at the over-powering invasion of American mass-culture with a sense of sarcasm and lampooned it with tongue-in-cheek parody.

The Americans, on the other hand were somewhat blind to the British perspective the same way that fish are blind to water. The American artists were already complete insiders of their own mass-culture and focussed instead on drawing attention to the impersonal and mundane reality of their commercial society e.g. by means of exaggerations and reductions.