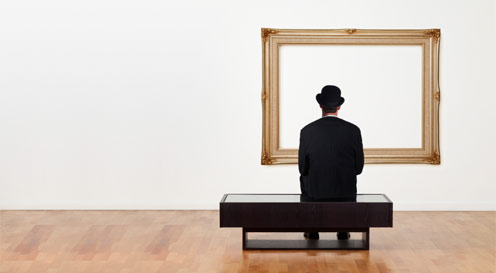 But is it real?

Here is a primer on the interconnected terms of provenance, authentication and appraisal. Whilst there are important overlaps, there are some important distinctions which suggest that you could be better off with all three.

The word is derived from the French provenir, “to come from”, and that is exactly what it says on the tin, except that it also contains a clear chronology and factual details of the piece of art.

Provenance is increasingly important for the art world in the process of authenticating works of art, and has the following benefits:

1 To some extent, it preserves the value of an existing piece of art, and it boosts the future value of a piece of art in comparison to one which cannot substantiate its pedigree with documentary evidence.

2 if you buy art which is fake, you may have obtained your art at a too high price. An expert certification can mean the difference between art having no value and being worth a fortune.

3 the origin of the artifact can settle disputes over rightful ownership. Throughout centuries nations have been involved in looting or illegally importing national treasures of another nation. Art stolen from the Jewish community during second world war is now finding their legitimate owners.

If you are a collector buying directly from an artist, art fair, college degree show, gallery or auction or art dealer, it is of vital importance to protect your investment by obtaining documentation on the work of art.

All things equal, the better the art is documented, the better you are armed. Now almost all collectors primarily collect what they like over what is a sound investment. So it is easy to be a little economical with the effort involved. However, should one of your items appreciate in value, the increase is greatly helped by art provenance.

Proper provenance helps establish the entire history of a piece of art, from the hands of the originator and establishes – without doubt – the lineage of custodians who have obtained and/or passed on the object. Holes in the story offer the opportunity to ‘corrupt’ the provenance, because it then becomes easier to insert a forged item to pass it on as an original at some point in time. That art has documented provenance is thus no guarantee of it being authentic, because art forgers are known to forge purchase receipts and inventory records. This is the exact reason that we need authentication experts.

Authentication is often the job of team of highly skilled experts who certify the authenticity of the object.

Sometimes there are established authentication boards or committees. The practices of these are rightly being scrutinised by the media, and some countries want to regulate the industry. The authentication board for the works of pop artsist Andy Warhol is (The Andy Warhol Foundation for the Visual Arts) decided to dissolve after much controversy and several lawsuits filed against itself.

Historians are nearly always involved in the expert team. Sometimes descendants of an artist provide their input as well. Exhibition catalogues and correspondence are being matched up to the extend they exist. But before it comes to that, much can be worked out from studying the way in which the artwork has been created. E.g An artist always has a preference for certain materials, has a specific style of working, and has a propensity to choose certain topics. Furthermore s(he) might have a way of working that a forger cannot easily find out. E.g. the front of a painting might be photographed and reproduced ad nauseam, but the back of the canvas is not and if the artist always wrote something there it is one of the easiest ways to authenticate.

Exposing canvases to X-ray and ultraviolet light can show something about how the artwork was built up. The chemical composition of e.g. paint creates a very accurate footprint, which can be hard to fake later.

As for art from the antiquity, carbon-dating is a reliable way of determining the age of an object compared to what a claimant suggests.

In all this, it is worth not fearing the process of authentication too much. That is easier said than done, because you could lose the money you invested in the art. But the opposite is also true. A piece of art, which has not been originated by the expected artist is not necessarily a forgery. Instead, it could have been created by another artist who is equally or more desirable in the art market.

For anyone who winches about the costs associated with buying and selling at a reputable auction house (E.g.Sotheby’s, Christie’s, Phillips or Van Ham, it is reassuring to know that a part of the cost is the expertise involved in of eliminating fake art and antiques.

Quality is not the holy grail. That a painting is of fantastic quality should not give anyone a false sense of security. Forgeries are often better and more convincingly made than the original work of art.

During WW2, the Dutch forger van Meegeren painted Vermeer so well that it cast doubts about the originals. After the war, van Meegeren was trialed for high treason for profiting from selling a national treasure to the Nazi occupiers. A sentence which at the time would result in capital punishment. To be exact it was no other than Reichsmarschall Hermann Göring who had bought the fake Vermeer. But upon proving that he could forge Vermeer whilst drinking whisky, van Meegeren only received a modest sentence of 1 year for falsification. However he never served his sentence due to a heart attack.

There are a number of reasons for forgeries being better than their original. A commonsensical one is that artists, who are creating several copies of the same piece, become increasingly skilled in painting that particular painting. There is far less hesitation in the brush strokes, there is an economy in the whole act because the imitator leapfrogs over certain steps that the originator took. For much original art, it is common to create one area of a painting, say, and then decide to partly remove or cover it, because it did not work.

As a little aside to this story, you can order oil paintings which are copies of real European masterpieces of art. There is a whole cottage industry in Asia dedicated to this. The result is legally marketed as fakes. Granted, it is not everyones cup of tea, and yet it ensures that the painters’ families raise above the poverty line. Buying this ‘art’ exerts a similar kind of social justice as when you buy original art on a degree show. You then support a student who lives on baked beans and student loans.

The really cunning con-artists have not only been able to convince experts, but in the case of the biggest ever forgery scandal of 1997, John Drewe managed to infiltrate the art world and compromise archival records of authenticity thus creating his own provenance for many fakes forged by his accomplish John Myatt. In the process, Drewe corrupted Tate’s records of Alberto Giacometti. While Drewe was under suspicion by the Scotland Yard, he may never have been imprisoned had it not been for his spouse providing the Police with incriminating evidence.

Art appraisers often provide a fantastic service with knowledge which is on par with authentication experts. However, they clearly and professionally state that art appraisals do not constitute full authentication. It is important to find the right type owing to the fact that appraisers specialise in a niche of art due to art being a broad topic indeed. In that respect they all see each other as colleagues rather than competitors, and are likely to send you to someone who knows more about a certain type of art if what you present is not part of their core service.

To illustrate this with a contrived example, they are the perfect people to speak to when you find an old piece of art on the loft.

Where art appraisers have the upper hand is when it comes to pricing an object. Provided, the work is authentic, they would quite accurately bracket the market price of the said object. in contrast, someone in a laboratory or an art historian might be totally indifferent to the notion of money simply because their enthusiasm is all about their field. 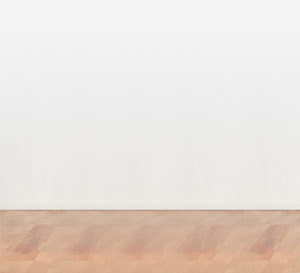 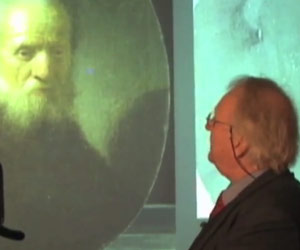