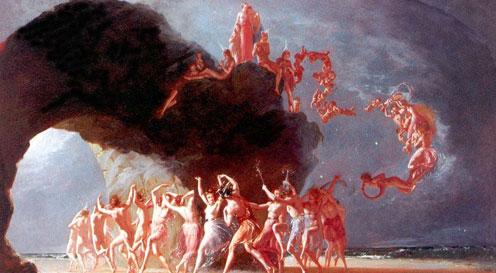 The extra D in Dadd is for dad of detail

The English Victorian artist Richard Dadd was born in Kent 1818, and became a leading figure in the group of artists called the ‘Clique’. Dadd spans across a wide range of motifs and mastered many techniques. He often depicted the supernatural, and unreal and was perhaps a forerunner for surrealism long before it became a movement in art. Although he produced fairy painting with fluttering wings, he did so much more. Plus, He is also known for working on scenes far more conventional, such as the portrait of Sir Alexander Morrison. Much of of the minute and obsessive detailing in Dadd’s work is so much more impressive, when you realise that most of it was done from imagination or memory. In periods of the 20th century he has been completely dismissed and ignored simply as an illustrator or draftsman.

At the age of 20, Richard Dadd was admitted to the Royal Academy of Art along with other great artists at the time such as William Powell Frith, Augustus Egg, Henry O’Neil.

The mixed legacy of Richard Dadd

Richard Dadd is probably as misunderstood today as he was in the Victorian era. Whilst he did kill his father, his contribution to British Art has been overshadowed by the story of this brutal murder and mental illness.

From 1843 and until death, Dadd spent his adult life incarcerated in institutions for the criminally insane such as Bethlem and Broadmoor. With today’s medication of Lithium, Dadd would probably have been able to lead a fairly normal life. It is now believed that he suffered from bipolar disorder, and not paranoid schizophrenia. Whatever he suffered the diagnosis doesn’t matter much today, because we can no longer help him. In all likelihood, it was bouts of psychosis from not receiving treatment that derailed him, and lead to the tragic end of his father’s life. We can just take comfort in the fact that psychiatry has moved on quite a bit since then.

Dadd knew that time was a somewhat elastic concept

When you look at Richard Dadd’s very unique art, it is very tempting to extrapolate that it could only manifest itself the way it does, because it was done in isolation from society.

Fact is, however, that Dadd was kept well versed in all aspects of contemporary art and orientated himself about his peers work throughout his permanent hospitalisation. Also he was very much an active member of society before the aforementioned incidence. So the ‘isolation hypothesis’ is perhaps not plausible. On the other hand, Dadd must have known he was under no pressure to please an audience or produce a certain output in order to survive. Free board and lodging was provided, however involuntarily it all was for him.

No one really knows his full body of work, but he seemed to know that he had plenty of time on his hand. Dadd’s perhaps most famous piece of art, the painting The Fairy Feller’s Master-Stroke, took between 1855 and 1864 to complete.

The incredibly detailed work of the Fairy Feller’s Master-Stroke only measures 26 x 21 inches, but every inch says something from the 9 years of labour. The work can best be described as a dreamscape featuring fairies, gnomes and little persons each with their own narrative. The scale of this Lilliput world is easily understood when contrasted with the flowers and straws which tower over the little world. Some project something autobiographical into their personal interpretation of the piece, but truth be told, no one really knows what if any message there is the take from the painting. 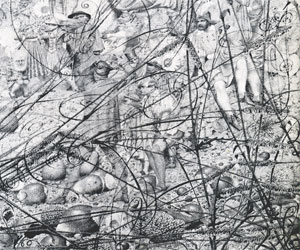 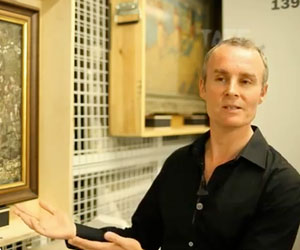 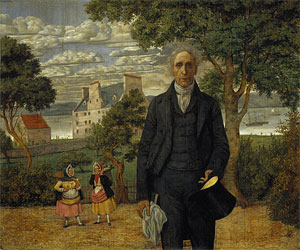