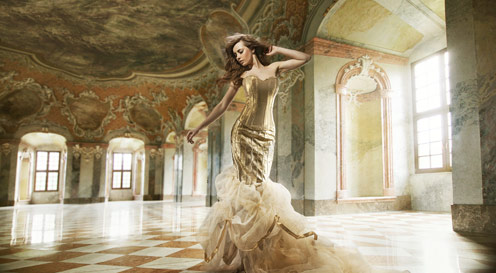 you must be stoned to come up with that

Although part of the jury is out discussing a misunderstood transliteration of the Italian ba[rocco], Rococo is a quirky French compound word believed to be a derivative of rocaille (stone) and coquilles (shell).

In the age of the late Italian baroque, the term was coined in France for a completely new approach to art that relied quite heavily on nobly elaborate jobs consisting of pebbles and shells and other con-vexing 3d objects.

Did we include nipples and bellies?

Either way, anything and everything was painted, ornamented, stuccoed and gilded ad nauseam.

While it is hard for many of us to admit, we do find it quite alluring to visit and view a replete rococo interior. At least we never forget the sensual bombardment after having encountered one on a school trip in our childhood.

The aforementioned ‘hard bit to admit’ comes from our grown-up schooling. In retrospect the art movement has, along with its predecessor ‘baroque’, received a fair amount of bad press. For instance, it is being ridiculed for being a decadently overloaded style of art and architecture.

And well, if you were to view it in veneration of a 20th century art religion called minimalism, there is a degree of truth to that.

99.99% to be exact if Donald Judd was alive to comment

But the tarnished halo is even blacker than that. The royal family at the Versailles was associated with Rococo, and that did not help its legacy greatly. After the first French Revolution, and the guillotining of the royal family, the art movement was soon associated with the very self-indulgent narcissistic pursuits, and unbelievable riches of the royals amidst their impoverished and enslaved subjects.

If you can ignore that, Rococo is an all-encompassing style that influenced everything and applied the finest artistic skills that Europe could muster. Amongst other things, it was the refined ornamental style and design associated with Louis XV’s reign and the beginning of that of Louis XVI”. Hence it generally refers to all types of art from around the middle of the 18th century France.

However, Rococo was not just confined to France. Throughout Europe, it has since also just been classed Late- or High Baroque. Long before that there were some bizarre time-shifted preambles to Rococo. In Portugal under the reign of Manuel I for instance, the Manueline style emerged. With its insistence on loading everything with pearls, shells and pebbles it has an uncanny likeness, though Manueline motifs were even more bonkers. They incorporated fruits and animals from the colonised South America as if the artists had smoked strong tobacco from Brazil. Some believe that the Italian barocco borrowed its name from the Portuguese word for ‘pearl’, and that the Italian late Baroque had imported many of the Manueline quirks.

Rococo painting is frivolous depictions of flesh, drapery and abundance. Technically it is highly accomplished, but is characteristic for its innocent glib charm and artificiality. However, there are noteworthy exceptions such as the work of Jean Antoine Watteau (1684-1721), Jean Honoré Fragonard (1732-1806).

Almost the same could be said about sculpture. Again it was highly refined technically. At best it attempted to outdo Berlini, at worst it was left in the shackles of classicism with the works of Cloidon and Tiepolo. 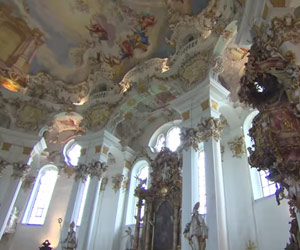 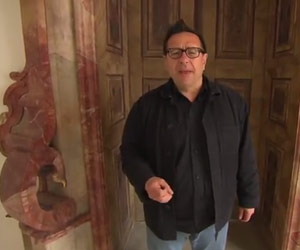