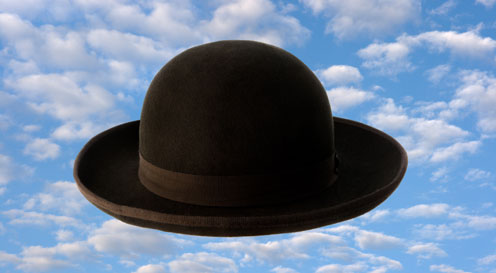 beyond realism according to apollinaire

If it is not Pop Art, then it is surrealist art that is the most pastiched and parodied of all art movements. Public nostalgia over Surrealism is going to resonate with visual culture long into the future. So while the art movement is dead in terms of fine art practice, the fashion- and advertising industries continue to consider Surrealism a fertile ground for their own re-invention. Certainly, the influence of the art movement should not be underestimated. Indeed, some scholars suggest that the ideas of Surrealism have led to the May 1968 uprising in France and the great societal changes that we have witnessed in US and Western Europe during the 70s. It remains a hypothesis, but a good one at that.

The origins and characteristics of Surrealism

With an offset from Dadaism, Surrealism emerged in France and quickly spread to Spain, Belgium, and later further out from its epicentre. It first really reached the British Isles in 1927, with a subsequent exhibition mounted in 1931. The name is Anglicised from the French movement Surréalisme, which means ‘beyond realism’. The etymology of Surréalisme harks back to 1917 when Guillaume Apollinaire coined the word for the play Les Mamelles de Tirésias performed in 1917 but drafted and revised upon since 1903. The word sparked the imagination of André Breton.

At the time there was a great interest in psycho-analysis and the idea that we are driven by unconscious desires, symbols and patterns. Moreover Dada, the anti-establishment and anti-aesthetic movement, had gone before with its reinvention of art through chance happenings. One artist who crossed over from the dadaist pond to surrealism was Max Ernst (cf The Elephant Celebes (1921), Tate, London).

A defining moment for the surrealist movement began with the thinking of the charismatic Breton. He envisaged something greater than just the art movement we know today. In fact, he wanted a completely new order of society, and felt that it should be liberated by us drawing more from who we were. Who we were, in turn, should be found under the bonnet  in our gearbox. To crystallise and share his ideas, he decided to write his surrealist manifesto in 1924. In part, this course of events helps explain why it was more a literary movement to begin with and why some refer to it as a broader cultural movement including politics and music.

Particular in painting, Freudian references and Jungian Archetypal symbols are evident in the dreamscapes of surrealists. Elements as simple as sea and sky are such archetypes. The sea signifies the womb and attachment to ones mother as well as longing for women, whereas the sky symbolises masculinity.

Hidden carnal desires and sexual fantasies also emerge in the surreal motifs. E.g. Ants and apples appear to suggest libido and temptation. Whatever the choice,  references to sex appears as predictably as dogs lifting their hind legs at lampposts.

The one artist that may exemplify this vividly is René François Ghislain Magritte. The Belgian received formal art training from the age of 10, but later abandoned art academy. His alter ego was invested in an advertising agency with his brother, and then he painted many of the most vivid surreal paintings in his living room in his spare time. That is, not in a studio, and not full-time as one would expect. His bowler hats, raining men with umbrellas, faces with apples or genitalia have been copied, reproduced and regurgitated ever since they were painted. It is not hard to see why, because the work is outstanding.

Remaining bourgeois and a far cry from French revolutionary, Magritte appears at first to be an unlikely delegate for the movement. First he dabbled as an impressionist, then cubist and futurist. However, then it soon became clear why he found his home in surrealism. He was fascinated by how the mind works at his day job, and then he sought  an explanation as to why his mother committed suicide.

Salvador Dali also internalised the research of Freud and Jung but probably read it a little like the devil reads the Bible. Either these conceptual frameworks matched Dali’s flavour of surrealism or the other way round. Dali was particularly interested in notions of the subconscious.

Sigmund Freud lived to take note of Dali, and dryly remarked that he concerned himself more with Dali´s conscience than his sub-conscience. In that regard, Dali was indeed an awkward customer and even so by his own admission. In a televised interview he stated that the world would be uninhabitable if there was more than one of his kind. However brilliant, the theatrical artist ended up being an embarrassment for the movement and a moustachioed caricature of himself. One of the perplexing facts about him is his ardent support of the fascist Franco regime that is hard to reconcile with surrealism as a cultural movement.

Aside from his troubled persona, his art spoke volumes for itself and in 1930 Breton praised Dalí’s representations of the unconscious in the Second Manifesto of Surrealism.

Together with Magritte, Dali has become the most popular of the surrealists, though there have been many equally good contenders to this coveted position. Still, the world would not have been the same without Dali’s melting clocks, lobster telephone, stilettoed elephants and whatnot. He painted fantastically realistic and often completed detail by stripping a hardened up brush down to just one piece of hair in order to pinpoint a tiny fleck on the canvas.

Surrealism has a lot to do with context and age. Someone could argue that a surrealist way of creating art was pioneered by Hieronimus Borsch with works such as Garden of earthly delights, or by Grecco in his late works, by Italian mannerists or art photographers of today.

That has some truth in it. But it ignores that surrealist art was created in the intellectual framework that was informed by the cultural movement itself.


Many international artists could be mentioned although there was very little overlap in painting style. take for instance Max Ernst whose flavour of the surreal included birds, and compare it with Salvador Dalì who obsessed about everything but was prone to add references to ants and eggs to his works. Magritte used the sky in many of his works, whereas Joan Miró relied on biomorphic references. Over time Surrealism spread to the most unlikely places. Denmark was particularly unprepared for the impact of the surreal. Wilhelm Freddy (b1909-d1995) was convicted for pornography and had his work confiscated. 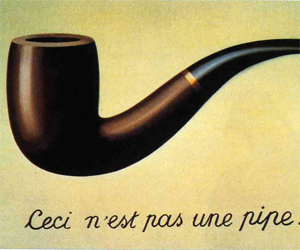 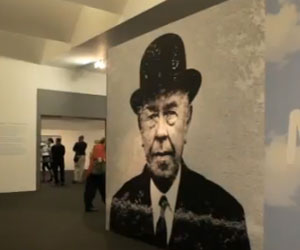