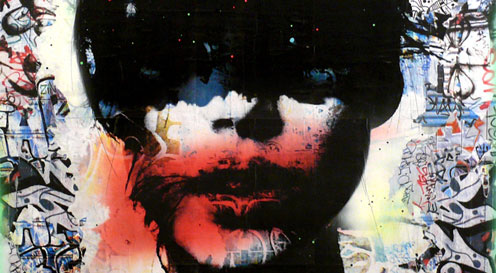 what goes on outside of me

The soft-spoken artist has adopted his first name as his preferred artist identity. You soon realise that he is a World citizen who has shared himself with continents, and has a broader outlook on life because of it. He began painting in Monaco and now he stays in Prague and London for the creative inputs that the two cities offer his work.

In terms of art, what we encounter is uniquely personal and in the form of mixed media paintings. In Tehos’ case it is work derived from paper being collaged, strokes being painted and digital elements being added. He may take a newspaper cutting that concerns the topic and integrate it in the composition. He may sand or rub, he may tag with lettering, and shift everything around until it all works as a whole.

The net result is attractive and potent stuff that you immediately sense comments on our age.

It is culturally significant

It has not always been that way, though. Whilst he has always been technically well-versed across media, he went through what you could call the ‘wilderness years’. I.e a period in which he explored avenues that were championed by art movements past.

That last bit could be perceived a little impolite, and in retrospect it does not render void all his good work that now resides with happy owners. No on the contrary. Rather it suggests that the sum of previous work constitutes a natural – if not necessary – journey towards the artist’s current work.

The creative output in those years explored abstractions of pure dreams, feelings and emotions. Again, there is nothing wrong with that per se. But as Tehos’ says himself, that was a time when the art concerned what was inside him. Since then, he has become far more interested in what goes on outside of him. He deems the latter infinitely more interesting.

In all the geo-political shuffles following the fall of the ‘nylon’ curtain and the rise of China, his main concerns are the erosion of the social fabric and the lack of respect for human beings. It is not just governments who are rusty at social graces, but neighbours who lack respect for one another. Take for instance the ugly head of intolerance that pops up every time there is a recession in Europe.

Whatever the age, you can always comment on it with art. For instance, Pop Art concerned itself with reflecting the banality of our consumerist society while it turned into a joke on itself by being a high-end consumer product. However, today’s world seems far more complex. At least it makes yesterday look terribly innocent by comparison.

In our carefully orchestrated media simulacrum we think we are free. Yet we are everything but. We think we have torn down walls, but in reality we have erected some more. In the diplomatic spirit of international affairs, we fool ourselves into believing we honour mobility of labour, but obstruct it on our home turf. Our email and telephony is routinely and automatically tapped by clever algorithms; and while the internet was free some 20 years ago, what shows up in your search engine is now a carefully edited experience.

Taking heed of all this is not subscription to conspiracy theories. Rather it is heightened situation awareness for someone who bothers to dwell on his observations. Tehos’ art is a product of this acute sense of what’s right now and right here.

Tehos is a prolific artist. He has exhibited and sold many pieces of art. His work resides firmly in his artist reality and in the tautological domain of ‘virtual reality’. He has happily combined the two realities (which are arguably one), as an early and active adopter of Second Life. Together with other artists he has mounted exhibitions and promoted art on that digital platform. In addition he has a good online presence through social media and artist networks. 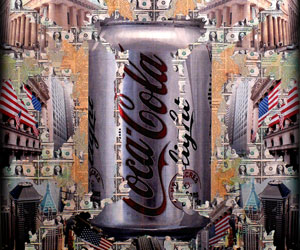 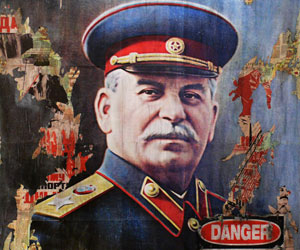 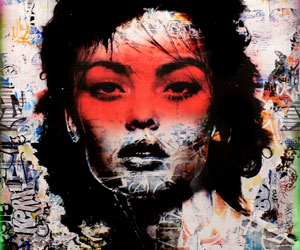 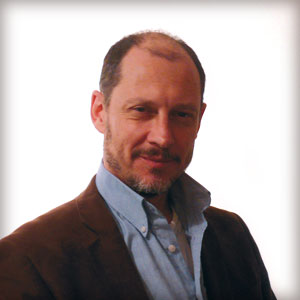