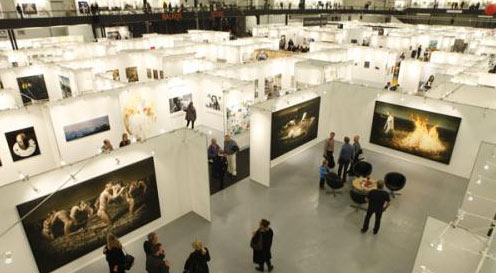 more art than you could shake a stick at

Every autumn, an art fair takes place at the exhibition venue Forum in Copenhagen. It is ‘cunningly’ termed Art Copenhagen and is well worth a visit for all collectors. This year Art Copenhagen welcomes the public on Friday 30 August at 16:00- 20:00hrs; plus Saturday 31 August and Sunday 1 September between 11-17:00 and 11-18:00 respectively.

By invitation, there is also a private viewing called ‘first choice’ for collectors on Friday 30 August between 14-16. The last bit sounds somewhat elitist to the uninitiated, but it is common practice in many fairs. However, Art Copenhagen has something for everyone. E.g. it pioneers the notion of offering something affordable called ‘Art Start’. The concept is a joint exhibition from the exhibitors, who then offer an original work of art up for sale under the price tag of €1000.

The art fair has gone international

In its infancy, Art Copenhagen was very much a reflection of what happened in the local pond – so to speak. In 2012, however, the fair widened its scope considerably and became the first international art fair of its kind in Denmark. The result was a positive representation from the Nordic countries. The Finnish, in particular, put up a fine show.

This year 57 exhibitors from 15 different countries participate. They come from the usual suspects of art cities such as Paris, Berlin, Barcelona, Los Angeles and London and count the names of L’Inlassable fra Paris, Debony Art Link, Victor Lope Arte Contemporary, and Rache Ripken.

The international melting pot is all well and good, but for collectors who are seeking a Danish flavour of art, there are plenty of local Danish galleries attending the event such as the names Wollfsen and MOHS.

From the somewhat humble beginning in 1997, the fair has become part and parcel of the Northern European art scene. At Art Copenhagen in 2012, 10,500 visitors called in, and the expectation is that the number of attendees will rise considerably.

The address is: Forum Copenhagen, Julius Thomsens Plads 1, 1925 Frederiksberg C. You can find out more by visiting the official website: www.artcopenhagen.dk. It is fairly straight forward to find a place to park, and public transport to- and fro the event is pretty decent.

Editorial update: you can read about the most recent Art Copenhagen art fair here. 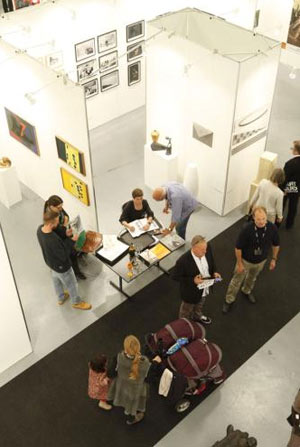 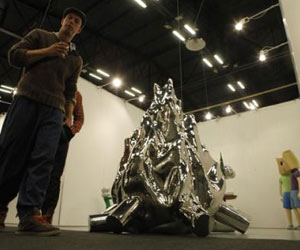