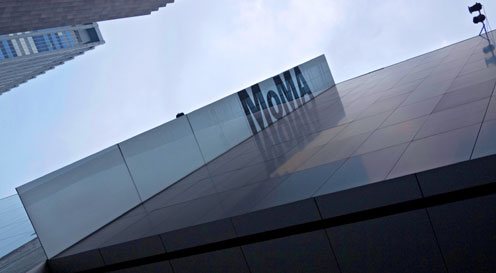 Engage society in art? Tall order? Not for us

Situated in the heart of New York, MoMA is clearly a must for every art aficionado. Not only is it an art museum with a fine collection, it also reaches out and intereracts with all segments of the public through an impressive series of activities. The Museum continuously reinvents itself and tries out new initiatives such as taking part in ‘Art Project’ powered by Google, or mobile apps. The progressive reinvention is perhaps a direct result of the original policy making that runs through the DNA of the art venue.

The founding Director, Alfred Barr intended the Museum to help people appreciate the visual arts and hoped to provide New York with:

“the greatest museum of modern art in the world”

Museum of Modern Art in numbers

The sheer scale of the collection is staggering. From an initial gift of eight prints and one drawing, MoMA comprises of 150,000 paintings, sculptures, and drawings today. Its film collection contains 22,000 films and 4 million film stills. MoMa is clearly also a good reference on art in that it sells a vast amount of art periodicals and books about the arts. Its Library which contains some 300,000 volumes has proven to be one of the better research centres on art. MoMA is indeed also publishing and its editorial staff has produced publications in 20 languages.

We suspect you could actually live inside MoMA as there is good catering in the form of Cafe 2, Terrace 5 and The Modern, there is plenty of entertainment and the staff is kind. Moreover, all areas open to the public are also accessible by wheel chair users and the venue aims to be child friendly and welcoming to all. MoMA runs a series of talks and lectures on all things art related. It also runs its own video courses on art, which is great if you are into either art history or art creation yourself. Guided tours can be arranged for, and groups receive discounts. Please request either directly at MoMA

Towards 54 street in the building there’s a Sculpture garden. Sculptures can be a little neglected by museums for the obvious reasons that they are heavy if life size+ and, on balance, take up more space than paintings.

An interesting tidbit of information is that Jeff Koons once worked at membership desk at the MoMA. So logically, line up for a job at MoMa and you might become the next star in the art world.

The History of MoMA

To establish an institution devoted to modern art, Lilie Bliss, Mrs Cornelius J Sulivan, and Mrs John D. Rockefeller along with A Goodyear, Paul Sachs and Frank Crowninshield created the Museum of Modern Art in 1929. The move was very much a well-funded reaction to somewhat conservative admission policies upheld by more traditional museums.

The success of this initiative was clearly underestimated by its originators. Over the course of the next 10 years, the Museum moved into larger temporary accommodation three times until 1939 when it took up residence in the present building in Midtown Manhattan. What’s remarkable about MoMA is that it from its conception created a multi-deparmental structure with a balanced weighting of the artforms architecture, film, photography, painting, sculpture, painting, prints and illustrated books. In the 1940s it became evident that the framework was both claustrophobic and about to burst, which lead to subsequent expansions in the 1950s and 1960s. Further, in 1984 an architectural overhaul by Cesar Pelli ensured a doubling up of the gallery space and better visitor facilities.

Perhaps to reach an audience who would not necessarily be able to travel to New York, MoMa takes part in Google’s ‘Art Project’.

The project is an ambitious initiative to make large resolution zoomable photographs of art viewable by the public. It also offers a navigational and panaromic environment to virtually visit the participating museums. The other museums which have joined MoMA in the Art Project’ are:

The Museum of Modern Art.

Monday, Wednesday, Thursday, Friday, Saturday and Sunday all year round except Thanks Giving, and Christmas. 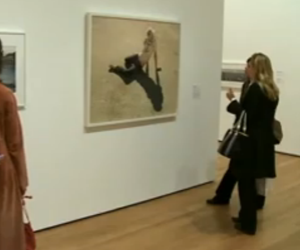 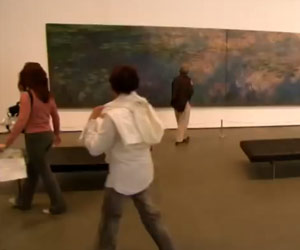