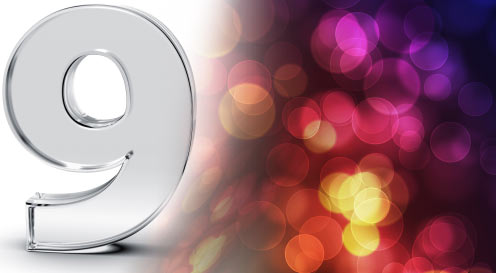 9 factors which determine the price of art

If you are fairly new to buying art, the best advice is no advice. The second best advice is to look at art. Then look, and look again for a couple of years before buying anything. In the meantime, read and talk to people to understand what you are going to buy.

Pricing of art is often shrouded in mystery, but it all starts to make sense once you run it through the following checklist. Each one of these factors are surprisingly commonsensical when seen in isolation. And yet, because they are part of a total whole of considerations, some level of complexity sneaks into the equation. So here are the things influencing art pricing:

It ought to be the primary concern here — or should it? Clearly the value of a piece of work could be based on some aesthetics as determined by some universally agreed principles. But thank goodness it is not. It deprives us from what art is really good at. I.e. being something weird and wonderful and at times beautiful. It may also be ugly and comment on us, and it may be something that we can’t locate, toys with us, and shoots us at point blank range. Art is shaped by society and art shapes society, which in turn explains why there are so many of us aficionados obsessing about it.

Because we are not dealing with universally accepted notions of aesthetic qualities and inherent values, it also means that the art market remains one of the most unregulated markets. Not only that, it also appears faddish if not a whimsical trophy hunt to the outsider.

In all this fascinating disarray, art collectors follow their gut feeling. Good collectors collect art, because they really love it, and often regardless of what others might think. They buy pieces, because they speak to them or fit into their collection under a certain theme or style. Harald Falkenberg, for instance, collects art which comments on society. Collectors are also well-versed in art history and everything happening right now in art. It clearly offers them an informed view of relative aesthetic merit which is hard to compete against.

Being dead is a sad state of affairs, indeed. For an artist, it makes her contribution to the art world finite in a way that the rest of the world understands better. This explains a certain hike in the price of an artists work, and why some collectors only bother buying from living artists.

In all capitalist societies price is ultimately determined by what people are prepared to pay.

This is underpinned by some behavioural characteristics that are hardwired into us. It is inbuilt in our DNA to compete for scarce resources to survive and subconsciously it also has some say in the competitive forces at play in an auction house. Add to the cocktail a modicum of pride, sense of prestige and testosterone. In an increasingly globalised world with mass production we further crave for a sense of authenticity and unique experiences.

3 The pedigree of the artist is a major factor

However unfair it is to all the great self-taught artists from the school of life and hard knocks, academy artists tend to get a far better start to their careers.

It all comes down to why modern societies have education in the first place. Arguably, you can learn everything that a college teaches you on the outside. You could quite possibly learn it faster as well. But anyone who wants to buy from you has a far easier job assessing whether they should risk buying from you. Particularly if you’ve been through a reputable cookie cutter of an academy without losing too much originality.

Shrewd collectors attend degree shows of prominent art academies in Europe such as Kunstakademie Düsseldorf and Goldsmiths to snap up work at a good price before the new artists really emerge in the art market. This too is a risk in terms of investment, because there is no way of knowing whether the artist will carry on being an artist. But it goes to show how important a price factor that academy training is from the outset.

Later on the track record of an artist influences the prices commanded. Look at group- and solo exhibitions mounted, commissions, prizes, and accolades received for a fair indication.

4 The reputation of the art dealer

Art dealers, who have a record of spotting and promoting good emerging talent to international stardom, ought to be worth listening to and buying from. Of course, It is dangerous to have blind faith. However, you know they do their very best to defend their own reputation in an increasingly crowded marketplace, so why should they take you for a ride?

In other words they are not just out to relieve you of your hard earned cash. They adopt a more long term view on you and their suppliers. They don’t buy the wrong things, and they don’t sell the wrong things to the wrong persons.

If you don’t want the dealer route, but decide to buy directly from an artist, consider an art consultant. There are a number of artists who are not tied down to an exclusivity agreement with a gallery or dealer, and an art consultant would advice where to look for art. A consultant could have either a background as a dealer, curator or art critic. You pay for his or her second opinion and probably just as much as you would pay a dealer when you add everything up.

Okay we’re not done stressing the importance of others’ opinion. Art critics are a great asset for the art world by raising public awareness. Together they indirectly affect the price of art greatly. Good commentators on art have solid foundations in journalism and/or art history. They also visit many biennales, fairs, and galleries. As an extra bonus they may even have an everlasting passion for the topic that is totally Waldemar Januszcak-esce – Something to be admired if you are the longest serving art critic in the national press in the UK.

General hype such as news of big commission or solo exhibits at a major museum is a mixed blessing. If there is art you want to clear out of your portfolio, now is the right time to sell, because the prices of an artist will stay inflated for a period of up to six months.

All artists must exhibit to build a career in art or defend the price of their art by making sure they do not go into ‘has been’ obscurity. Know it for what it is, and work it to your advantage. At least don’t buy on a wave of hype.

The whole incestuous artist-gallery-buyer relationship could be accused of being self perpetuating self-fulfilling prophesies feeding the market predictably. But it is not the case, and it is not because there is a true explosion in art manifestations and the press is also bloggers and self-promoting actors in social media. It is because everyone except the collectors are proudly indifferent to money.

6 Art done in a good or bad period

Your time is invested well in examining the entire body of work of an artist. It is tempting to assume that artwork from the end of an artist’s career is priced better than that from her earlier years.

A Jackson Pollock piece painted when he was an alcoholic before his death does not fetch a higher price than when he was sober and most productive. You know what? It is because, the later work is of an inferior quality than the earlier.

We are all custodians of art, and some do a better job of it than others. The price of two Andy Warhol Marilyns can vary according to how they are being stored before they are being sold on again.

Mixed media art can be an equally mixed blessing. In the feverish creation of art, artists can pay little attention to the chemical composition and longevity of the media when mixed. If the art has been restored, then the quality of the restoration will either appreciate or depreciate the value of the art.

Then there is the whole notion of provenance and authenticity, which is incredibly important, and the subject of another article on this site.

8 Context and level of historical significance

We’ve all heard the designer jargon of ‘timeless design’. Art is a little different. Wassily Kandinski wisely said that every art is a product of its age, and that is true to the majority of art. You don’t have to go any further than the first international biennale to observe some megatrends, that then will filter down into art fairs. What is often desirable, though, is to find something which is a game breaker and redefines art completely for years to come. But it has to somehow do so without it being the sole goal in itself. Otherwise it is contrived. Then it is also worth avoiding the pitfall of buying art which is a clever reference to a reference of some other art from the past. Such brain farts are there only to boost the ego of people who’ve read the first primer on art history. If you are completely new to art, you can also end up buying art which you like at first, but which only value lies in skillful pastiching of an earlier art period.

Maybe look ahead instead? Is this art something which is going to tell us something about the human condition in 200 years? If not, drop it.

Art collectors are a fastidious bunch and consult each other before they act. Many collectors meet at the same art fairs and shows, and over time they begin to see each other more as colleagues than competitors. In fact they are surprisingly generous in sharing what they know about contemporary art. There is a simple reason why there is so little conflict of interests. To have a broad collection it is no use to hoard much of the same artist from one event. You walk away with one piece from one artist and will not spend any more. In some cases the value of your newly acquired piece will rise by the fact that you’ve convinced other collectors to buy the artist. 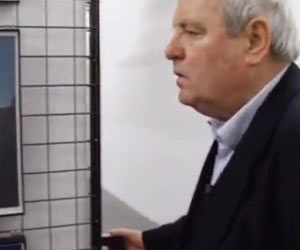 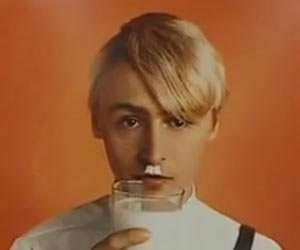 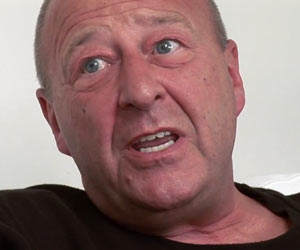 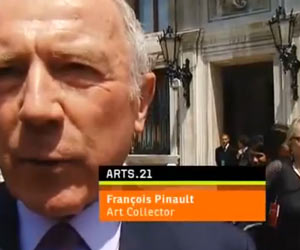