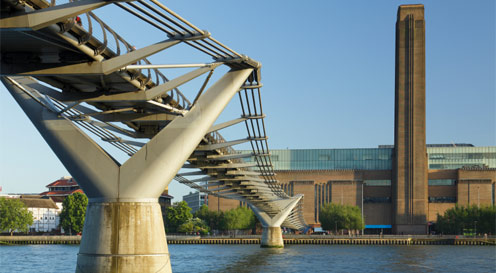 A spoonful of sugar makes the medicin go down

Tate is one of the world’s most renowned art institutions and the network of museums is very service-minded to the public. Because of that, and together with the quality of its collections, the four Tate galleries are amongst the most loved and visited in Europe. According to the Department for Culture, Media and Sport the three last annual visitor numbers average 7 million visitors.

The locations are Tate Britain, London, Tate Modern, London (founded 2000), Tate Liverpool (founded 1988); and Tate St Ives (founded 1993). There are plans to open a Tate Southampton in 2020. The collection is significant and broad and comprises of British and international art from 1500s to the present.

Coinciding with the opening of Tate Modern, Tate looked at renewing its somewhat tired corporate identity and hired Wolf Olins to create the present and friendly-looking logo. Speaking of the Tate Modern, it clocked up 5.25 million visitors in the opening year alone, making it the most visited art museum in the World in the year of 2000. Undoubtedly, it continues to take the Lion’s share of the aforementioned annual visitor numbers of the four Tates.

In 1984 Tate, under the stewardship of Sir Nicholas Serota, decided to create an award ceremony to promote the arts. The result was the annual Turner prize aptly named after the British painter JMW Turner. Since then, The Turner prize has recognised the contribution of contemporary artists. The event has been controversial at times, but so has truly contemporary art throughout the ages. In fact, it might only suggest that Tate has not got it entirely wrong altogether.

Tate is very much a Research institute both in terms of art history and curation, but also very much in terms of restoration and preservation of art. They are engaged in some cutting edge scientific experiments such as conservation of art through starvation of oxygen – the so-called anoxic storage. Tate has formed a strategic aliance with Scientists from Getty and the Centre de Recherche sur la Conservation des Collections (CRCC) in France.

Other important facts about Tate

The organisation runs their own publishing house dedicated to publications and reproductions of art. Its business services offer as diverse services as hospitality and events, image licensing services for its bank of photographs, and facilitation of student projects and research.

Tate is named after its former patron, the sugar magnate and philanthropist Henry Tate. Having nothing to do with the questionable sugar plantations in the West Indies, Tate made a fortune on refining sugar on British home turf. Being The son of a clergyman, Henry then embarked on supporting a wealth of good courses by promoting education and attempting to equalise social injustices. He always donated very discreetly and often anonymously.

Amongst these good deeds was the, then, National Gallery of British Art, which later and through various mergers became ‘Tate’ as we know it. In 1889 he donated his collection of 65 contemporary paintings to the government and £80,000 to establish the gallery. That only sounds like a wee sum to us earthlings, but it equates to £49 Million in todays money.

Executive non-departmental public body of the Department for Culture, Media and Sport 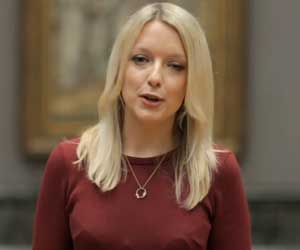 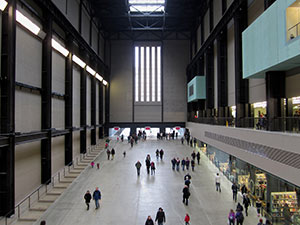