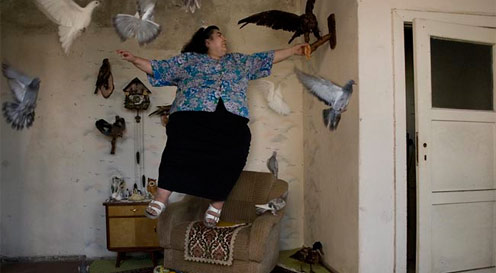 Swinging the axe against popular notions of art

Here is an artist some might refer to as the last dadaist. But such a term is a daft anachronism, though there are some similarities. In Mercier’s work there is a real sense of whimsicality about the whole process. There is also an apparent humour of chance results which all lead to new avenues worth pursuing even within the same objects of art.

Whether it is a sign of self awarenes or not, Théo has the following to say about himself:

But whatever he does, it makes a lasting impression around the globe, and today he is viewed as one of the strongest artists to have emerged from France for many years. Théo spends much of his life in a studio in Paris. The city district is an eclectic mix of ‘is-‘ and ‘has been-‘ Paris, and here the 28-year-old French artist works with some phenomenal sculptures.

One of his more famous pieces is ‘Le solitaire’ (i.e. the loner) a sad spaghetti man of proportions. Whether or not the sculpture is made from artificial noodles says something about being ostracised for obese high-carbon diet or is a clever reference to Auguste Rodín’s the thinker. Other notable works are ‘the mad ones’ and ‘Queen of Duku’, ‘Oil Now a very hairy motorcycle indeed.

Théo Mercier doesn’t come from the art world, and the latter still has to come to terms with the notion. In fact he is an industrial designer who chose to study and learn from Mathew Barney in his New York studio for 3 months. After a series of group shows, he finally managed to mount his first solo exhibition in his home city of Paris in 2009.

He is also behind a huge project for the city of Lille in October 2012 resulting in some gigantic sculptures between 20 and 35 feet tall. He has also begun to look back and intends to release of a book with his existing projects at some point soon 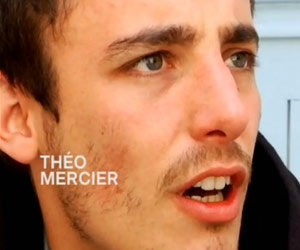 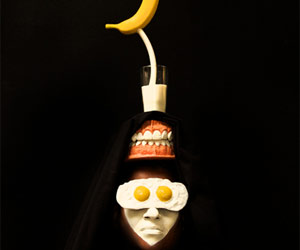