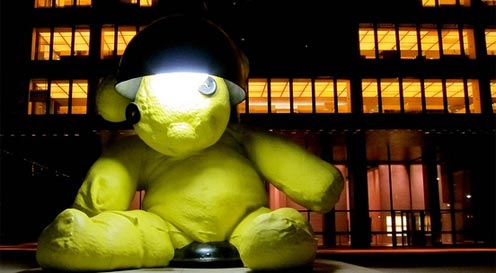 There is more to Swiss exports than the stereotypical army knives, coo-coo clocks and cheese. The Swiss artist Urs Fischer has in his career created an international reputation for his profound concepts as fueled by a strong work ethics and an uncompromising devotion to creating art. In 2013 is the year for a large ‘not-to-miss’ retrospective at Museum of Contemporary Art in Los Angeles, US.

Just as you think you know what his art is about to say, he has a cunning knack of pulling the carpet away underneath your feet. In fact the guy believes a line of work one piece to another is a bunch of contrived nonsense.

In 2007 he made the piece ‘You’, which was one big bomb crater-like statement. It was quite literally created by removing the floor of Gallerie Brown at great expense. Several tons of soil shifted to a depth of 7 feet down. Lately, in Kunsthalle in Wien he exhibited a life-scale self portrait in wax sitting at a table with a lit candle on it, and but also his face covered in drips of candlewax and his alter ego being ignited from a wick in his head. If you think this has just come into being the easy way, think again. Urs was so particular about the whole thing that he went to great length assessing which parts should be crafted in what part of the world and by whom He’d ask himself, whether the feet should be 5mm lower, how the hands should be folded and on and on.

And who is he?

Born in 1973, and living with fellow artist Cassandra MacLeod, Urs is a funny one to sum up. Some might argue that he is the impact of duo Elmgreen & Dragset combined into one, though far more hetero. Then there is his unique mix of Swiss-German and English that might sound like Swartzenegger to the unkind on a bad day. Then his stoicism and works provide you with a sense of deadpan irony that would have given Warhol a run for his money.

How it all turned into a passion for sculpture

Urs Fischer’s entry to sculpture is that of having worked in advertising and in particularly with photography. This exposure to lighting objects, and attention to both detail and surface, have all led him in the direction of sculpture. But that explanation would be far too simple for art critics to digest. It is as if Urs instinct always has told him when something was worth pursuing or abandoning. Yes, he did enter a good art and design academies, but he also left before graduating and moved to Amsterdam to pursue art in more unrestrained leaps forward than standard curricula in Zürich would dictate. Whilst studying at De Ateliers, he made ends meet by designing film sets.

Since then he has been on a roll and been part of parcel of galleries, bienales and priced inventory of collectors such as François Pinault, Dakkis Joannou, and Peter Brant. Urs is also known for His over-sized teddy ‘bear lamp, which was once on display in the streets of Manhattan. It sold for $6,802,500 at Christie’s. 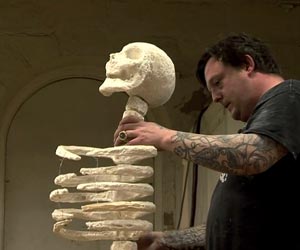 A video to practice your German 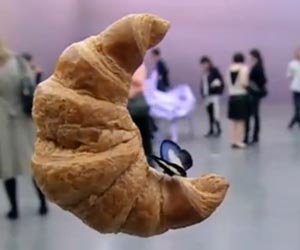 Another video to practice your German