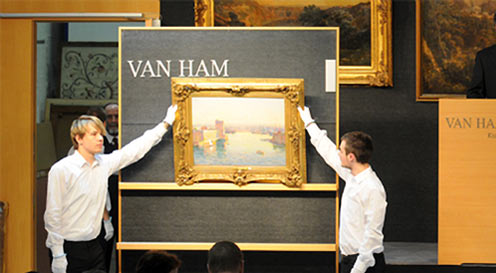 Founded in 1959, Van Ham specialises in fine art auctions and collectibles. The auctioneer is a second-generation family business currently directed by Markus Eisenbeis.

The auction house holds 12 auctions of international acclaim every year, and each year it witnesses a new auction record for lots sold at its venues. As such Van Ham is considered one of the leading auction houses in Germany and is considered a market leader in Nineteenth-century painting and jewellery. In the recent years it has also help auction some remarkable expressionist works.

Van Ham is headquartered in Gologne, but holds auctions elsewhere in such as Hamburg, which in turn is the second largest city in Germany, with fine access for international collectors from the air. Van Ham also has representation abroad in Belgium, The Netherlands, Luxembourg, and Switzerland.

Van Ham’s contribution to the world of fine art

The auction House offers a comprehensive list of services. As an example Van Ham is aware that Knowledge asymmetry between buyer and seller tends to create bad market conditions, and does not look well after collectors. A sense of ignorance slows down transaction speed, in other words.

Hence, Van Ham is committed to art historical research with the aim of strengthening a trusting relationship between buyers and sellers. To this end, it conducts its own research followed by publishing catalogue raisonnés and comprehensive catalogues. Of course Van Ham also does the work because it is interesting and that is also noble. 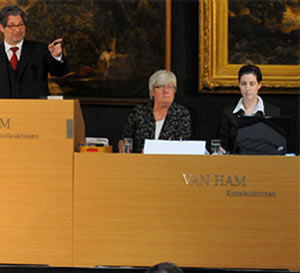 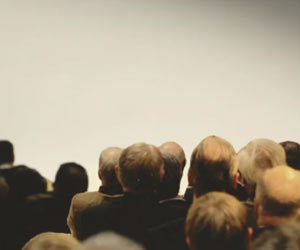