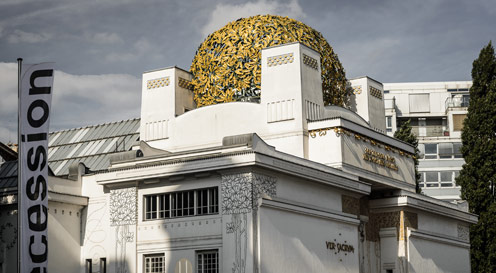 In Vienna in the late 1880s there was a growing dissent amongst artists about blinkered ideas of what constituted art. There was still a peculiarly widespread obsession with historicism, the classical world and academic painting, all of which artist and architects felt stifling for their work. The artists wanted to ‘cease’ playing this broken record, which in turn explains the word Secession later associated with a group of artists who wanted to withdraw from or question authority on art.

On 3 April 1897 some artists and architects organised themselves as the Vienna Secession (Wiener Sezession). One of founders and its first president was Gustav Klimt, and the official name of the organisation was Union of Austrian Artists (Vereinigung Bildender Künstler Österreichs). The names of the other founding members were Koloman Moser, Josef Hoffmann, Joseph Maria Olbrich, Max Kurzweil and Wilhelm Bernatzik.

The group decided not to have a manifesto and did not encourage any particular style which explains the happy coexistence of Naturalists, Realists, and Symbolists. Of course the unwritten rule was not to be ‘overly fond’ of the established art conventions.

For something which could be regarded a little anti establishment, then, it is worth mentioning the antipathy was not reciprocated in any way. As an example the local government supported the efforts of the Secessionists and gave them a lease on public land to erect an exhibition hall. The building is characteristic for its golden dome and its whiplash art nouveau style. Inside on the lower floor the building is adorned by the large Bethoven Frieze (Beethovenfries) by Gustav Klimt.

In retrospect the Vienna Secession was part of a zeitgeist called Art Nouveau that swept across Europe at the turn of the century under a raft of different names. There were two other Secessions. One in Berlin and one in Munich whose artists exhibited after the first Vienna exhibition in 1898.

The group published a periodical called Sacred Spring (Ver Sacrum) to showcase the work of its members. Further their goal was to exhibit the unconventional, the local young artists, and progressive artists from abroad such as Charles Rennie Mackintosh.

The Secessionists earned much popularity from the Viennese public and the group enjoyed good local patronage, which also means that much of the work is still to find in Vienna, and not least at the Belvedere. 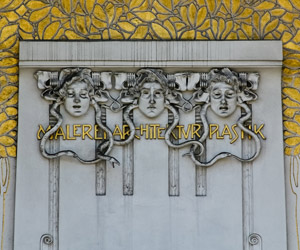 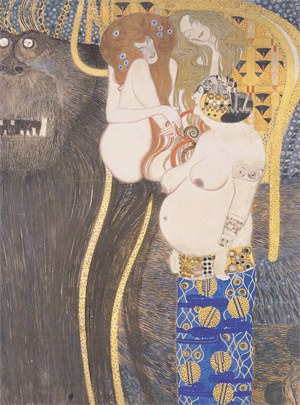 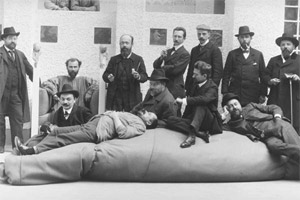