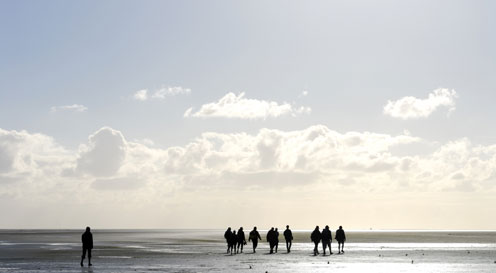 the sea and the festival

A unique international art event takes place between 4 September and 4 October 2014. It is held at the Wadden Sea of Jutland in Denmark. Now for those of you who are not completely au fait with what Wadden Sea is, it is tidal wetland that creates a very distinct land- and seascape.

Wadden Tide is teaming up with artists from countries that also have wadden seas. Artists from 16 nations participate including artists from Germany, the Netherlands, USA, Japan and South Korea.

The Wadden Tide event and its aim

The first 14 days will be spent in residency creating works of art from selected areas in the Wadden Sea region. Then the work will be exhibited and made accessible to the public round the clock. Wadden Tide is the first art event of its kind by focussing on the Wadden Sea, its unparalleled nature, and the local identity. More importantly perhaps, it will make stronger bonds to contemporary art communities in other countries.

Besides the point that it is a good idea any day in the week, the year to initiate this event is no coincidence. 2014 is the year when the Danish Wadden Sea is expected to be listed as a UNESCO world heritage site on the significance of its nature reserve: Nationalpark Vadehavet.

The resulting WaddenTide exhibition is going to play a part in the wider Wadden Sea Festival. Locally the festival is ´known as Vadehavsfestival and the annual event takes place in the Wadden Sea region spanning across the county councils Esbjerg, Fanø, Tønder and Varde.

The event is Sponsored by the Ministry of Culture, the aforementioned councils, and Nationalpark Vadehavet.

About the Wadden Sea region

The Wadden Sea in Southern Jutland is something out of the ordinary. It is not just that you see miles of windswept and sunlit landscapes that stretch into the horizon. No the area is also full of migrating birds in the autumn. The phenomenon black sun can be observed in which thousands of birds fly and instantaneously change directions. Together with the scenery the birds create quite a mesmerising air display.

In addition, the area has an interesting past of unique cultural significance only peered by other border regions such as Alsace. In addition, Højer just west of Tønder and Møgeltønder has bags of potential as a future art commune, in that it offers much of what St Ives is offering artists in the UK.

You can find out more about Wadden Tide and the festival by visiting vadehavsfestival.dk

Image credits:
logo to the right is designed by Stine Hedelund Andersen 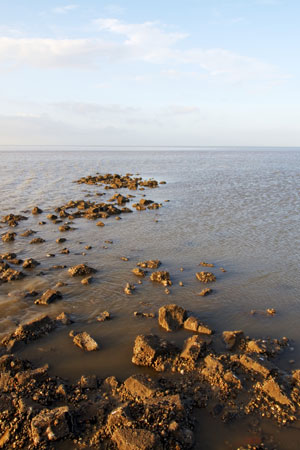