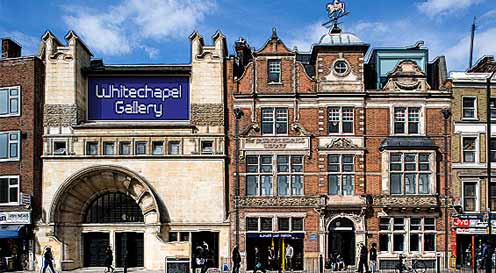 Founded on the noblest principles

Founded in 1901, the Whitechapel Gallery was the first publicly-funded gallery for temporary exhibitions in London. With an evangelical commitment to improve the social conditions of one of the poorest and most cosmopolitan parts of London, the Whitechapel was founded by an Anglican clergyman and spiritual philanthropist couple Samuel Barnett and Henrietta Weston. From the outset, the gallery had the mission to connect ‘the drunken classes’ to a much higher vision of culture and higher morality through paintings and imagery. Their mission was, in the words of Historian Seth Koven, “to use the display of art objects and the creation of a working-class public to promote social reclamation and urban renewal”.

Tucked away in the Whitechapel High Street of the London Borough of Tower Hamlets, the purpose-built gallery building bears the hallmarks of the Arts and Crafts movement in an unassuming neighbourhood. Its architect and designer Charles Harrison Townsend was a prominent figure with a distinctive style in the late Victorian/Edwardian tradition. In the same decade he also designed the Horniman Museum and the Bishopsgate Institute.

The beginning: throwing pearls before swine?

The gallery opened its doors to the public for the first time in the spring of 1901 with an exhibition entitled “Modern pictures by living artists, Pre-Raphaelites, and older English Masters”. The exhibition famously included paintings by less ‘living’ artists Rubens, Hogarth and Constable, which collectively formed something approaching a lecture in morality to a largely illiterate audience.

Venue for major art exhibitions in the UK

Continuing with its educational agenda and forward-thinking vision, the Whitechapel has become one of the London’s most respected art galleries. Over the century it has grown into a noted art venue for a number of groundbreaking exhibitions, such as the first major show in the UK for Jackson Pollock in 1958, the British premiere of Mark Rothko in 1961, a Barbara Hepworth Retrospective in 1962, David Hockney and Gilbert & George in 1971, Frida Kahlo in 1980 and Lucian Freud in 1993.

It has also commissioned exhibitions with wide ranging themes such as the Tuberculosis Exhibition 1909, Exhibition Of Works By Jewish Artists 1923, Womens’ War Work Exhibition 1947, A Child’s View of Docklands, 1961, The East End In The Thirties, 1980 and Chronicle of Modern Times 2005. In an excellent example of continuity in exhibition making, seventy years after first displaying Picasso’s celebrated masterpiece Guernica in 1939, the gallery managed to exhibit a life-size tapestry replica of the same in 2009. The original painting is too fragile to travel it is permanently installed at Madrid’s Reina Sofia Museum. Created by the weaver Jacqueline de la Baume Dürrbach in collaboration with Picasso, the life-size tapestry of Guernica was commissioned by Nelson Rockefeller and exhibited as a part of an installation by Goshka Macuga, to mark the gallery’s reopening after refurbishment. Seen as one of the most evocative piece of art depicting the destructive powers of war, both exhibitions were critical of war and attracted large crowds.

A seminal exhibition for capturing the converging courses of art, architecture and design. The most famous exhibit by Richard Hamilton – together with John McHale and John Voelcker – deals with American image culture and issues of perception. The exhibition became iconic for bringing the term Pop Art home and was one of the early examples of modern exhibition-making, where visitors were not only expected to view the exhibits but also explore the boundaries of space, light and materials within the ‘curated’ zone.

2004 Faces in the Crowd: Picturing Modern Life from Manet to Today,

Organised in collaboration with the Castello di Rivoli Museum of Italy, Faces in the Crowd was a very popular exhibition, which chronologically explored the avant garde concept of figuration – the human subject. Starting with Édouard Manet’s 1873 Le Bal Masqué and moving through the works of one hundred major painters and sculptors such as Ensor, Boccioni, Duchamp, Kollwitz, Kirchner, Beckmann, Magritte, Picasso, Hopper, Warhol, Hamilton, Pistoletto, Richter, Acconci, Sherman, Sch ütte, Ofili and Kentridge, the exhibition critically explored human figuration, transformation and the reality of living in the city. The last rooms in the exhibition contained more contemporary takes on the topic with Jeremy Deller’s film of 2001, The Battle of Orgreave. The exhibition was a blockbuster success.

Although over the years the gallery has seen a number of transitions, in 2009, with the aid of a £13.5m budget through the Lottery Fund, the Whitechapel went through a major redesign and opened its doors with new facilities to visitors on 5th April 2009. Designed by Belgian architects Robbrecht en Daem (with the London practice Witherford Watson Mann Architects) and in close collaboration with leading artist Rachel Whiteread CBE, the total exhibition space was increased by 80% and the Whitechapel’s 100-year-old archive gained a permanent home.

With additional new galleries, a new permanent gallery, research room, state of the art archive and educational facilities including creative studios, the Whitechapel is now truly a venue for an engaging and intellectually-stimulating contemporary programme. More importantly, it continues to pursue its mission to support the growth and empowerment of the residents of one of the most vibrant and challenging cultural quarters of London.

General admission to museum is free of charge. However, an admission fee may apply to specific exhibitions and events.

The Foyle Reading Room
Tuesday – Friday, 11am to 5pm.

All past catalogues are available and can be consulted in the Foyle Reading Room adjacent to Gallery 4, no appointment necessary. 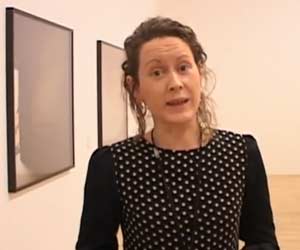