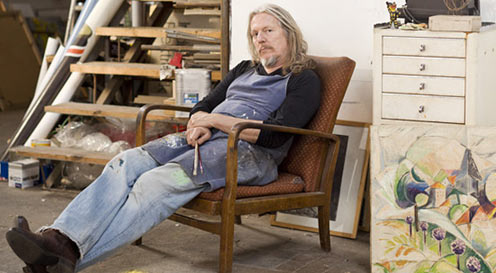 biography of an art forger

A few year ago the art market was shook up by a far-reaching art falsification scandal worth millions, and in turn it wiped away the reputation of international art experts. The art forger was no other than the German national Wolfgang Beltracchi with the aid of his wife and accomplice Helene.

Specialising in forging expressionist works, the skill and notoriety of the ‘artist’ was not just that of painting. No it was also to cleverly exploit some well-known weaknesses in establishing provenance in a nation known for so much art having been dislocated during WW2.

Whilst serving sentences, the two have co-authored their memoirs. The German-language book is called Selbstporträt (Self Portrait) ISBN 978-3-498-06063-3.

Given the significance of the art market scandal, it is probably only a matter of time before it is going to be translated into English and other languages. The 608 pages book is published by the publishing house Rowohlt. To complement the book there is also a 400 pages compendium with permitted letter exchange between Helene and Wolfgang Beltracchi. The selection of letters are from a period of 14 months when the pair were kept separate for questioning by the art fraud investigators at Köln-Ossendorf detention centre. It is titled ‘Einschluss mit Engeln’, which would roughly translate into ‘Classed as Angels’.

You should never judge a book by its cover, but one ironic peculiarity springs to mind. Beltracchi’s insistence on (©) copyright on the cover motif of first of the two volumes. It shows a fake Picasso self portrait as painted by Beltracchi himself in a Picasso-esce manner. 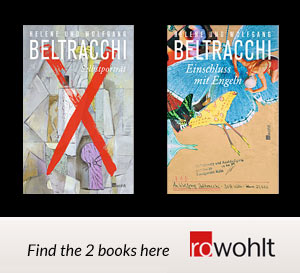