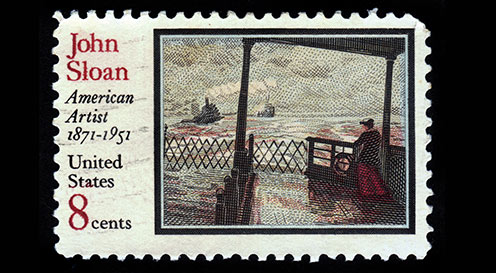 An early 20th century group of American painters and illustrators. Their work depicted inhabitants and streets of big cities such as New York. At the time the group was considered somewhat of an anachronism, mainly because they painted in a realistic fashion.