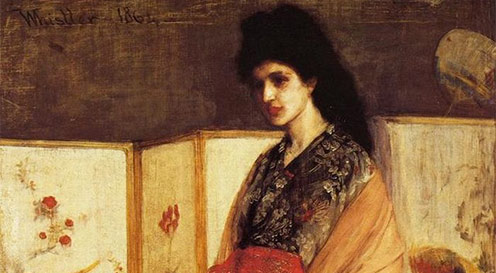 The term refers to a trend that was detected in England around 1851 and lasted to the turn of the century. Japanese art and design began to influence British art. The style mostly influenced decorative art, furniture, and architecture, but it also made an impact on fine art. The Anglo-Japanese style was a component in the wider interest in Eastern or Oriental visual culture and regarded as a characteristic of the Aesthetic Movement during the same period. The Peacock Room is held to be a great example of Aesthetic Movement as designed by James Abbott McNeill Whistler.

Anglo-Japenese can also be regarded in relation to the much earlier French fling with Chinese culture. The latter resulted in the so-called Chinoiserie, and with all things Japanese resulting in Japonaiserie (Japonism). In addition, it does tie in with fads such as Orientalism which became popular both in France and the United Kingdom.

Japanese art was exhibited at London in 1851 and might have been the tipping point that sparked off enough interest for it to become a trend in British visual culture. The Museum of Ornamental Art later absorbed by the Victoria and Albert Museum began to buy Japanese lacquer and porcelain around 1852.