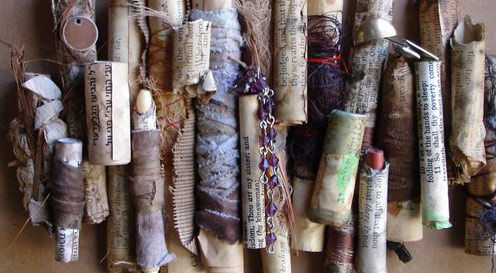 In short Assemblage might best be described as a 3D collage. It is an artistic process in which three-dimensional or two-dimensional artistic compositions is being assembled from found objects. Be they natural or manufactured materials, objects, or fragments otherwise not intended as art materials. Assemblage as a technique, is related to montage and collage, and attracts artists of every age. E.g. Théo Mercier is an example of one living artist who is adept at assemblage. Notably, Arte Povera has been big on the technique.