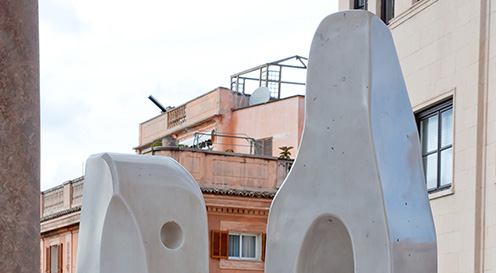 Biomorphism is a term coined by Geoffrey Grigson in 1935. He used the word to refer to art, which, however modern, used shapes reminiscent of nature and living organisms. As an observation – and a name tag for art – it had its merit, but was quite a late recognition of something that e.g. the art nouveau had achieved to some extend many years before.

Although the term has rattled about in art vernacular for many years, it first became the name of an art movement in 2016. ‘Allegedly’, it all took place in a Facebook group led by the British artist Andrew Charles and resulted in a manifesto authored by the artist made public on July 16 2016.

Outside fine art and architecture, Biomorphism has really gained a stronghold in one field in particular. Industrial designers are increasingly working with so-called bio mimicry because nature itself finds the most rational shapes and the strongest structures using least amounts of material.