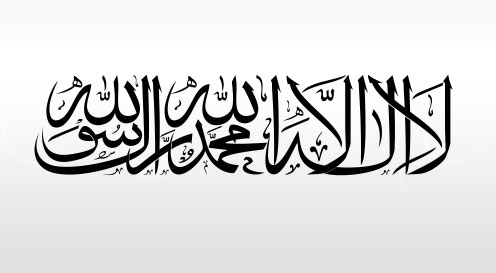 Calligraphy is simply handwriting as an art and craft. Calligraphy plays an important role in art and design across the World in religious as well as profane art. In both Chinese- and Arab-speaking countries, calligraphic art is highly sophisticated and sought after.

In the West it is still being practiced by a number of specialists but to a lesser extent. The few remaining practitioners produce elegant lettering on paper or parchment, which sometimes supports the message being written; and other times is completely divorced from it.

Either way, legibility and readability may deliberately suffer a little in exchange for beautiful typographic compositions. The penmanship in calligraphy takes a surprising amount of practice not least because of optical letter interspacing. The three important scripts or ‘hands’ are classed as Roman, Gothic and Italic.

The word calligraphy is derived from the Greek compound words kalligraphia which is made up from and kallos ‘beauty’ + graphein ‘write’. A kalligraphos is then ‘a person who writes beautifully’