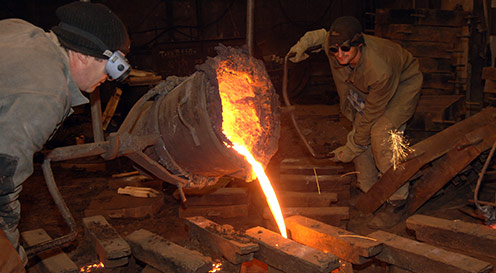 The French name for lost-wax casting. It is a very precise process by which silver, gold, bronze or other metals are being cast from an artist’s sculpture or master. In industrial use, Cire perdue, was widely used in Europe until the 18th century. Then other techniques such as the piece-mold process became more popular. For artists it is however still a viable and useful approach to casting in metal.

Greatly detailed representation can be achieved by lost-vax casting, though it depends on the carver’s skills. Both the Greeks and the Romans perfected cire perdue. However, the technique is thought to be much older, and dates at least 5000 years back in time. It is also thought to have been invented and re-invented independently by various cultures throughout the ages.