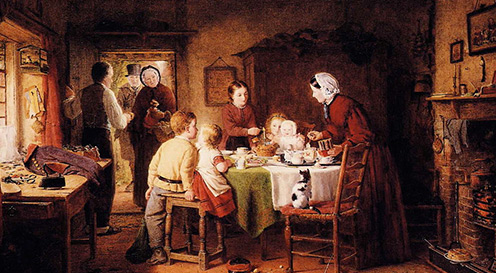 A group of artists who settled in Cranbrook, Kent from 1854 onwards and became known as the Cranbrook Colony.

The artists were much inspired by seventeenth-century Dutch and Flemish painters. Rightly, the artists have also been referred to as genre painters as they were drawn to scenes of the everyday life in the rural area of Kent.

The resultant works of art are highly romanticised views of the countryside. Today we may regard them as sweet and sticky treacle. However, their sentimentality struck a chord with industrialists in the highly industrialised Midlands where the idyllic rural life had all but disappeared. In turn, it explains why Wolverhampton Art Gallery are custodians of the largest collection of Frederick Daniel Hardy paintings.