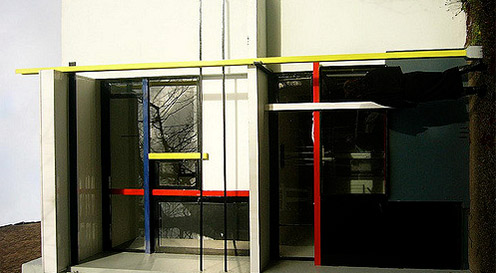 An art movement also commonly referred to as Neoplasticism. Its interest in minimal elements has greatly influenced graphic design, industrial design and architecture ever since its inception.

The movement adhered to the principles of abstraction and simplicity through a set of self-imposed constraints within which there was still an infinite number of combinations.

In essence, form was reduced to a rectangle, and colour(s) to the primary red, blue and yellow. Behind it was a group of artists who defined this as neoplasticism in a magazine called De Stijl published between 1917-1928. In retrospect, the name of this magazine (De Stijl) has become the name which has stuck amongst art critics and the public more so than Neoplasticism. It has a logical explanation. The group did not have an official name until 1920 when it published the neoplastic manifesto for its activities, but by then there were many referring to the emerging group as De Stijl.