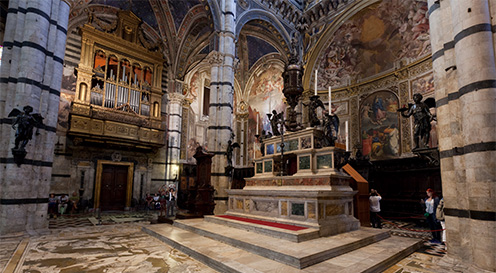 Duecento is typical art historian jargon in the sense that the etymology has been divorced from its present day meaning. The word is derived from Italian for “two hundred”. I.e two hundred years. But you need to be an art buffin to know they could either mean 200 years in a particular period in art history — or 200 years after the first millenium and 99 years on.

So you could fail the pop quiz before you even got started. Either art historians can’t count. i.e. they really do not refer to a 200-year-period; but a 100-year-period (1200-1299). Alternatively, they, as it turns out, mean the second century after the first millenium.

Return to the art glossary
Return to entries beginning with D