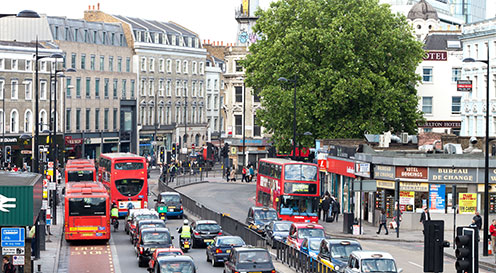 A group of mid 20th-century British realist artists who turned their back on abstraction in order to focus more on naturalistic and representational means of expression. The name stuck as a convenient label to refer to these artists, most of whom were students or teachers at an art school at Euston Road in London.

Together with the other members, Coldstream took a marked stance against avant-garde art, whether it was abstraction or surrealism or other. Paradoxically, several of the members either had worked with, or would later work with avant garde modes of expression. The group was first established in Fitzroy Street, London, but took its name from the Euston Road where it had relocated to premises at 314/316.The School was closed with the outbreak of war in 1939, and the artists went on to influence the Camberwell School of Arts & Crafts and the Slade School by insisting on exact observation and working from the model when producing figurative art.