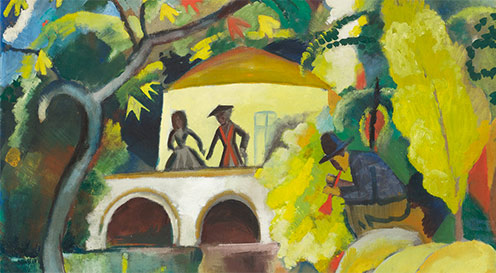 A concept of painting in which previous adherence to ideas of realism and proportion is overridden by the intensity of the artist’s emotions. The result is distorted lines, shapes and colours and referred to as Expressionist art.

Fauves and van Gogh are today considered forerunners to expressionism in that they considered their emotions as important as the subject matter at hand.

The movement thrived in Germany where a large number of artists whole-heartedly adopted expressionism and formed art groups such as Brücke, Blaue Reiter and Neue Sachlichkeit.