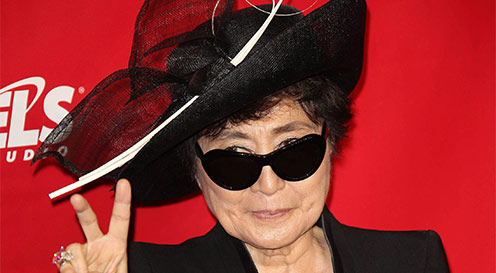 Sometimes described as intermedia, Fluxus art and movement take their name from the Latin word for flow or fluidity ‘flux’. Today it is synonymous with an international network of artists, composers and designers.

From its roots in the 1960s and up until now, the artist have become known for blending different artistic media and disciplines together. Fluxus is one of the ‘anti-art’ movements purporting to have an anti-commercial aesthetics.

Under the leadership of George Maciunas, Fluxus staged a series of festivals in Amsterdam, London, Paris, Copenhagen, and New York, with avant-garde shows spilling out into the street. Artists associated with Fluxus are Joseph Beuys, Yoko Ono and Nam June Paik.

Like so many other art movements, fluxus has a manifesto. It is the Fluxus Manifesto from 1963 as authored by George Maciunas.