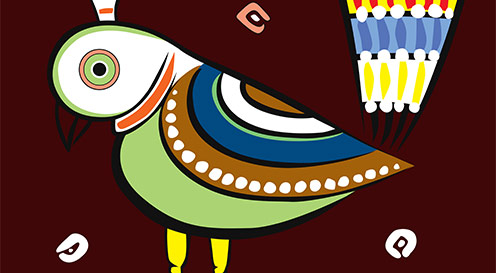 Folk art is a very wide umbrella term for art produced by indigenous or working people with little or no access to established ideas of fine art. The art is often referred to as naïve, though it is often the last thing it should be called. It has other dear names such as outsider art or self-taught art.

In some respects the common denominator is simply its unique artisitc merit by not neither being being influenced by the mainstream nor academia nor high society.