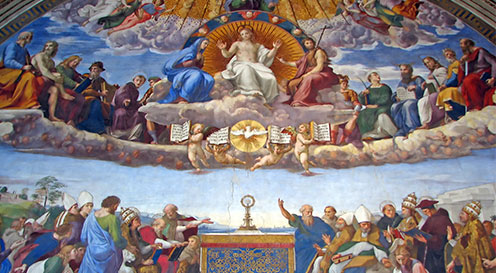 Fresco is a very labour-intensive form of art, and it literally means fresh in Italian, and it it is exactly what it says on the tin. In fresco painting, pigments are absorbed directly into a wet wall by a capillary action and become a lasting and integral part of the wall’s surface.

The art term refers to the whole art of mural painting by this technique. Both the motifs and any aspects of the preparation, and the resulting art fall in under this umbrella term.

Permanent lime proof pigments are dispersed into water and painted onto a layer of freshly applied lime. This is so-called true fresco in that there are also secco and mezzo which approximate the effect and resulting finish but are not true.

This type of art was created much in the Italian renaissance by Giotto, Michelangelo and many others. However, many antique civilisations such as the Greek and Roman have created this type of art.