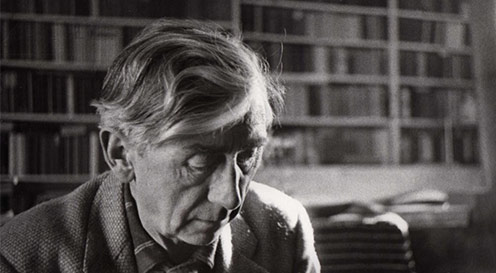 A term coined by the critic Herbert Read in 1952. He lovingly mocked the work of a group of young British sculptors whose figuration looked as if it was struck by fear. The sculptures of humans were characterised as tortured, battered or blasted. The artists concerned were the generations of Bernard Meadows, Kenneth Armitage, Geoffrey Clarke, Reg Butler, Elisabeth Frink, William Turnbull, Lynn Chadwick, John Hoskin; and Henry Moore.

Geometry of Fear has stuck with the artists who in turn revolutionised British Sculpture, making the art important contributions to European 20th century modernism.