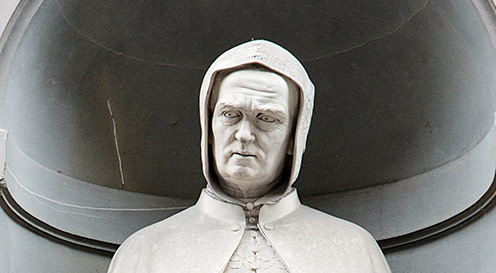 As an art term, Giottesque is applied to followers of Giotto from the 14th-century. Giotto di Bondone was a Florentine architect and a painter. He is considered one of the first in a line of Italian Renaissance artists.

Taddeo Gaddi was an Italian painter and architect. Son of Gaddo di Zanobi, Taddeo was nicknamed ‘Gaddo Gaddi’ and was a member of Giotto’s workshop from 1313 until 1337, when his Giotto died. Maso di Banco was also a pupil of the master and explored three-dimensionality somewhat more than Gaddi. Bernardo Daddi may have been an apprentice of Giotto, but there is no record of it other than he worked as a florentine artist along with the other two Giottesci.