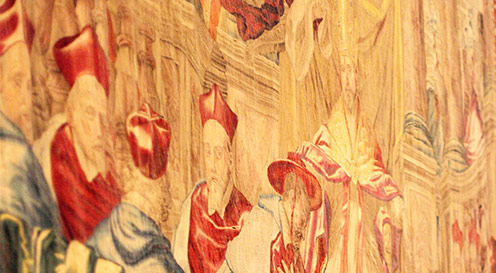 From the 15th century and onwards, Gobelins is synonymous with tapestries. The influence of these tapestries should not be underestimated, in that they line the walls of palaces in Europe. The attraction to the decorative art form is that it is “painting by needle stitch, waft and weft”.

In some languages, various transliterations of the word  have been used instead of the word tapestries to address the whole notion of woven tapestries. The clients considered Gobelin tapestries more fine art, than decorative art. Tapestries were very much sought after commodities that were extremely expensive to produce. It was not just the cost of the materials but it once took skilled people somewhere between 3 months to a year to produce one. The Italians and the French saw them as  fantastic ‘soft-furnishings’ and warmer alternatives to frescos and murals. In the UK the English Tudor dynasties treasured tapestry art higher than painting. 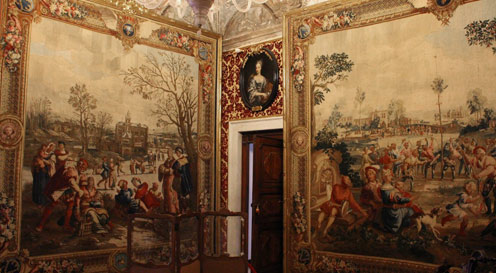