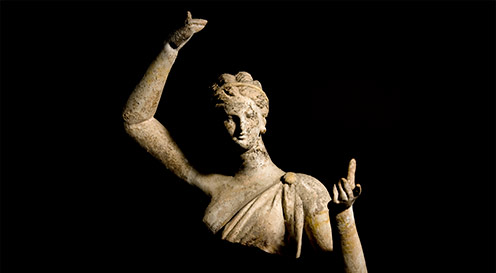 In art history, Graeco-Roman or Greco-Roman refers to the late 2nd and 1st centuries BC when Hellenic (Greek) art was both assimilated and imitated by Roman art. All forms of Greek art influenced Roman art and society profoundly. Of particular interest were the copying of Greek sculpture from the works of sculptors Praxiteles and Polyclitus. Greek-style painting was also adopted from Greek settlers by the Romans who were occupying Egypt, the result of which became known as the Fayoum mummy-case portraits from the 1st to the 4th century AD.