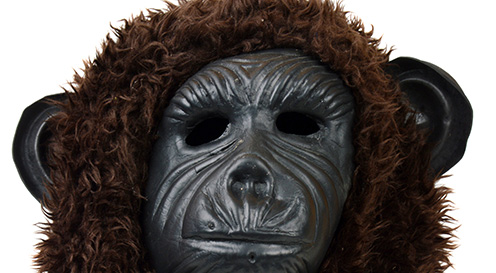 A group of female artists call themselves Guerrilla Girls. Guerilla comes from the French word Guerre for war and -illa suggests something small. So this is a small war conducted by girls or women. The group consists of American female artists and their mission is to expose sexual- as well as racial discrimination in art and society.

The members hide their identities by wearing gorilla masks. As an example of their messages, they might say “Do women have to be naked to get into music videos while 99% of the guys are dressed”. Another one is Guerilla Girls re-inventing the f-word — feminism.

Guerrilla Girls were originally formed by 7 women artists in the spring of 1985 in protest to MoMA’s exhibition “An International Survey of Recent Painting and Sculpture”, of 1984. The exhibition was planned to act as a survey of the most important contemporary artists. As a result, works by 169 artists were featured, of which only 13 were works by female artists. The group wants to address the imbalance.

You can read more about the activists on their own website