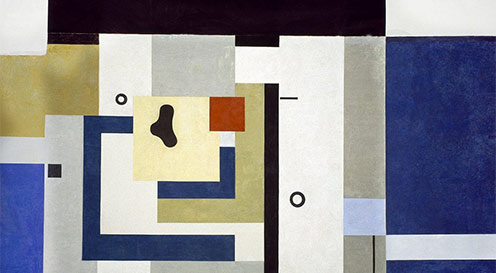 Hard-edge painting is a contemporary art term from New York. The label is used to describe the abstract works of several painters who depict precise geometric lines and edges, as aided by rulers and masking tape. To understand this in context, it goes against traditional art school dogma of not using rulers, compasses and the likes.

Hard-edge abstraction signals a tendency to move away from the expressiveness of gestural abstraction. At the same time, Artists sought to avoid the shallow, post-Cubist spaces and were influenced to some extent by Barnett Newman.

The movement is known for its economy of form, bold use of color, and smooth surface planes.