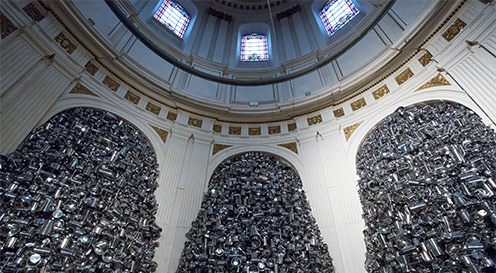 The flattering name is given to 20th and 21st-century art in which the artist uses refuse, scrap metal, urban waste or just anything viewed as useless or cast of from modern society.

Junk art is very much synonymous with American artist Robert Rauschenberg. It is also very much part of the 1960s Italian movement Arte Povera. The movement was the product of Antoni Tàpies, Alberto Burri, Michelangelo Pistoletto, Piero Manzoni, and Lucio Fontana.

There are and will always be artists who use found objects, junk or upcycle something. Bruno Lefevre-Brauer, and Ptolemy Elrington are two examples of artists who work with found objects. A key ingredient in Steampunk and Dieselpunk art is of course also retro junk deployed in a new context.

Return to the art glossary
Return to entries beginning with J