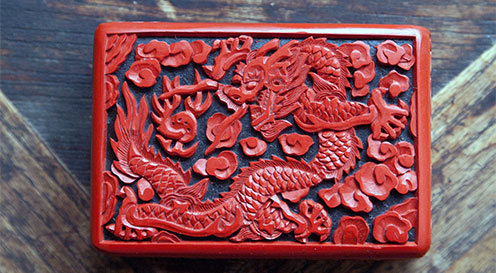 Lacquer is a substance which provides tough permanent films after drying. Originally, the term referred to a resinous product from the tree ‘Rhus vernicifera’ native to China. It has been used widely throughout Asia and the tree has been cultivated in Japan for the same reason since the 6th Century. Locally in China, the substance has been used extensively for various purposes. E.g. it has been used as a clear or pigmented coating on furniture, bowls, dishes and used to coat art articles. The fluid material of Oriental lacquer has toxic and irritant properties not dissimilar to poisonous Ivy. 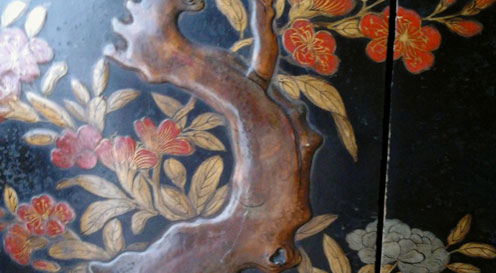 Lacquer can be used as the key art material in its own right. it can be built up through a series of solidified coatings on top of a base material, and then carved into artistic works simply referred to as ‘lacquers’.