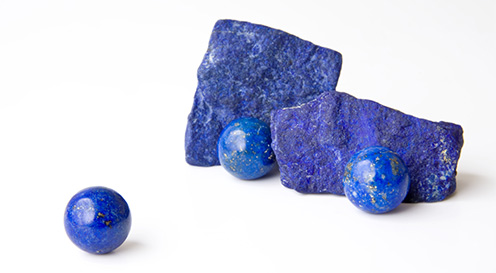 A semi-precious blue stone which has made quite an impact in the art world. originally used for jewellery and carvings, Lapis lazuli is the original raw material from which ultramarine blue pigment was prepared. It has been used as a pigment since the middle ages, through the renaissance in egg tempura (e.g. mixed with a palette knife) followed by being used in oil paints. It naturally occurs several places in the world but not in Europe. So European artist obtained it through imports from exotic places like Afghanistan and Chile.