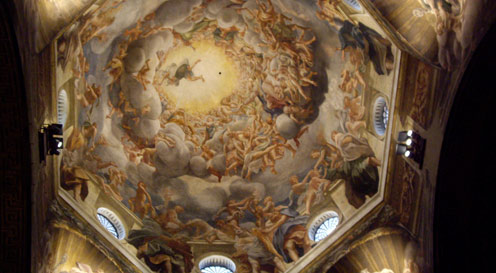 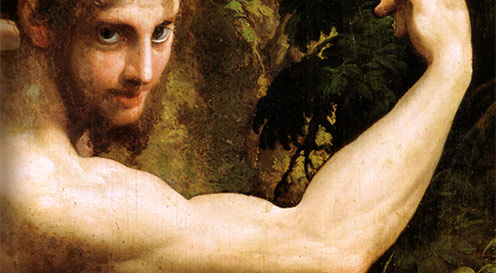 Mannerism was an artistic style prevalent in Italy between 1525-1600 and which spread throughout Europe. The resulting art was more subjective and emotional than the more austere high renaissance. Artists began to favour compositional tension and instability rather than balance and clarity. Today we may regard mannerism as the forerunner to baroque and rococo.

Scholors divide the style into early and late mannerism. The second period, also called high maniera, differs from the earlier by entering an anti-classical phase. That is, High maniera abandons expectations to incorporate classical motifs.

It spread unevenly in Europe and resulted in e.g. French and English flavours as imported from the Flemish. Even at its epicentre of modern-day Italy, there was the distinctly different Venetian flavour of Titian.

The name has a straightforward etymology and comes from the Italian word maniera, which literally means manner, style or fashion in English.