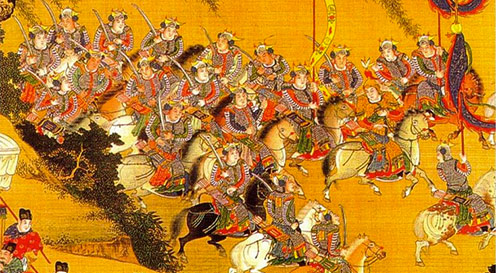 An extended period in Chinese art named after the Ming Emperors who ruled China from the 14th to the Mid 17th Century. The period is popularly known as one in which the Chinese developed techniques of making fine porcelain, and a peak in carving jade and ivory not rivalled by any other civilisation in refinement and precision in the same period.

The early Ming dynasty was a period of expansion. It reestablished an indigenous Chinese ruling house, and it led to the imposition of court-dictated styles in the arts. Painters working for Ming court were instructed to return to didactic and realistic representation. The idea was to emulate the styles of the earlier Song Dynasty (1127–1279) and its Imperial Painting Academy.

The draughtsmanship in Ming art is superb but the motifs are always predictable. They are quite often large-scale landscapes, flower and birds, and figural narratives that were meant to glorify the power of the ruling dynasty. 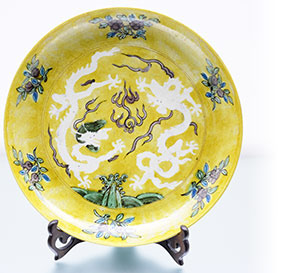 Return to the art glossary
Return to entries beginning with M