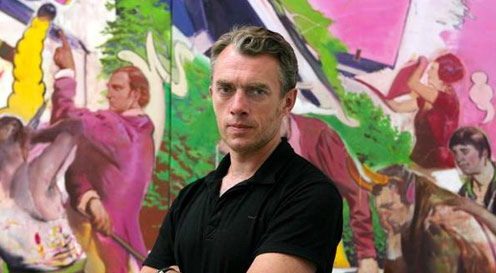 There are various generations of the New Leipzig School, but many of the internationally acclaimed artists associated with the vague umbrella term have been the students of Sighard Gille and Arno Rink, and or Hochschule für Grafik und Buchkunst Leipzig. The two where instrumental in setting up the first dOCUMNTA of 1977. The third generation of the movement deal with the reunification of Germany amongst other things. But even that is up for debate. This is simply because the very attraction of the art is oftenthe complete absense of a clear theme or narrative.

You can read more about art movements here