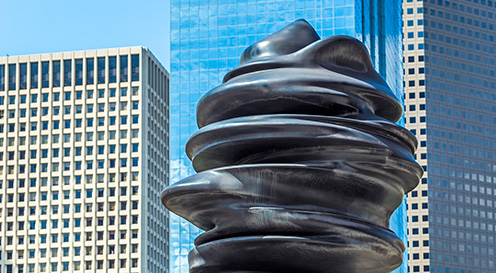 A term that appeared in the 1980s Britain, where Sculptors reacted to a growing pressure and expectation to produce minimal and conceptual art. The artists, who became associated with New British Sculpture, felt that the baby had thrown out with the bathwater and so no reason to abandon more traditional materials and techniques.

In sculpture, there was a marked return to the use of materials and methods such as carving in stone and marble.

If you’re interested in finding out more about the above-mentioned sculptors, consider visiting Cass Sculpture Foundation in Goodwood.

Return to the art glossary
Return to entries beginning with N