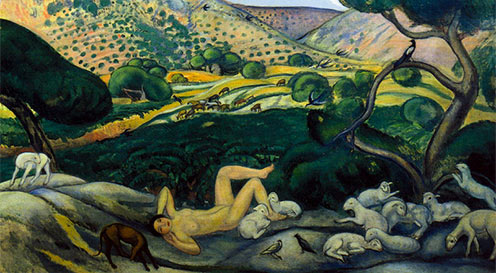 A Catalan cultural movement of the early 20th century. noucentisme català was a reaction against Modernism both artistically and ideologically. The movement perceived art almost opposite to that of the avant-gardists.

The Catalan journalist and art critic Eugeni d’Ors i Rovira coined the term in 1906. He followed the Italian art historical tradition of naming styles after the centuries such as Quattrocento and Cinquecento.But in the act he cleverly played on the phonetical ambiguity of the two words nou for nine and nou for new.

Noucentisme glorified order and what the artists saw as the spirit of the 20th century. It expected change but in an idealised way that would add structure to chaos.